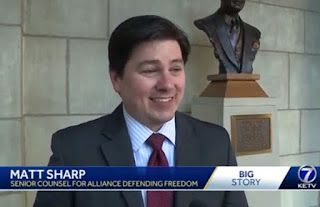 Here's what we at AKSARBENT wish all of you on the Unicameral's Judiciary Committee had asked Matt Sharp of the Alliance Defending Freedom yesterday during his testimony opposing LB167 which would prohibit professionals from practicing debunked sexual orientation conversion therapy:
1. Your organization is now called Alliance Defending Freedom, but it used to be called Alliance Defense Fund. Did you change your name before or after one of your attorneys, Lisa Biron, was sentenced to 40 years in prison as a convicted child molester and child pornographer after being indicted on federal charges related to the sexual exploitation of her 14-year-old daughter, including taking her to Canada to have sex with a man there? 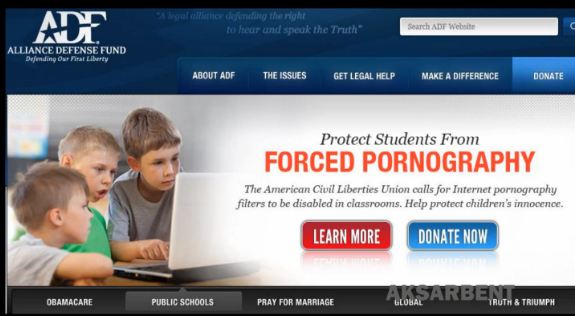 2. Did your organization pay for false Internet ads accusing the ACLU of calling for porn filters to be disabled in classrooms when actually the ACLU was mounting a Don't Filter Me campaign warning schools not to selectively censor gay-themed NON-SEXUALLY EXPLICIT sites like The Trevor Project, PFLAG (Parents, Families and Friends of Lesbians and Gays) and GLSEN (the Gay, Lesbian & Straight Education Network)?
3. Did your organization tell the IRS that you didn't engage in lobbying in 2013 when you opposed LGBT legislation at least twice that year?
4. Bonus Question! Is it really true that you got on the Arizona Department of Transportation specialty license plate gravy train and raked in over a million sweet bucks from that state's government?