Brandon Straka, who founded the Walkaway movement to urge fellow LGBTs and people of color to abandon the Democratic party, has been released from the Douglas county jail after being arrested by the FBI Monday.
ThinkProgress considers the Walkaway organization a grifting operation.
Straka faces federal charges of entering restricted grounds and impeding a law enforcement officer during a civil disorder.
He cannot now leave Nebraska without permission, and has made his twitter account, with its half million followers, private.

Don Bacon, who votes against LGBT interests in Congress, but unabashedly solicits gay support, spoke at Straka's event.
In 2018, Bacon showed up at Creighton to pose for a selfie with Charlie Kirk, of Turning Point USA. Kirk bragged on Twitter about sending 80 busloads of people to a Trump Rally in DC. (After it turned into a a violent insurrectionist mob, Kirk tried to bury his role by deleting the tweet.)
In 2019, Don Bacon told a constituent outraged by his relationship with the Family Research Council, that the DC pressure group was not an antigay hate group, even though the Southern Poverty Law Center has been saying exactly that for decades.
FRC's president, Tony Perkins, has a sordid political history; he once purchased Klansman David Duke’s mailing list for use in a Louisiana political campaign he was managing.

In 2001, Perkins gave a speech to a Louisiana chapter of the Council of Conservative Citizens, a white supremacist group. In 2017 the FRC presented Bacon with a trophy to acknowledge his 100% voting support of its legislative agenda.

From Wikipedia:
News sources have debated the extent to which WalkAway is an example of astroturfing rather than a genuine grassroots movement. David A. Love of CNN condemned the campaign as "pure propaganda [and] a psychological operation." The website Hamilton 68, which tracks Russia's interference on U.S. elections, reported that WalkAway was "connected to Kremlin-linked Russian bots to manipulate voters into thinking the movement was more popular and active that it actually was."
Abby Ohlheiser of The Washington Post claimed that "[t]here’s little actual evidence to suggest that #WalkAway represents a mass conversion of millions – or even thousands – of Democrats" and contrasted the broad appeal of true viral videos with the "Conservative Internet viral" nature of the WalkAway video. ThinkProgress characterized the WalkAway campaign as "a grifting operation," noting efforts by the organizers to sell dinner packages priced in the hundreds of dollars to march attendees. 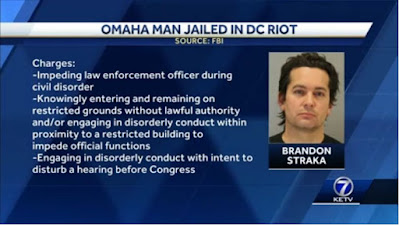 Slate journalist Mark Joseph Stern accused Straka of presenting royalty-free stock images from Shutterstock and claiming they were of people who had left the Democratic Party, though Straka has denied that any such material originated from the WalkAway campaign. Fact-checking website Snopes stated that it could not determine whether this use of stock images had originated from campaign organizers.
Straka has stated that WalkAway does not receive major donations and that "everything is grassroots support from Americans who send us $5 or $100." As of May 2020, the Center for Responsive Politics reported that of the $20,104 donated to WalkAway in 2020, $7,521 were contributed by nine large ($200 or more) donors, of which Straka is one.
Soon after its founding in 2018, WalkAway received a $10,000 donation from Alex Jones and InfoWars. Straka has stated that he is grateful for the donation.
On January 8, 2021, Facebook closed the WalkAway group page, which had more than half a million followers at the time. The page was replaced with a message from Facebook saying the page had violated its terms of use. The shutdown came in the wake of the 2021 storming of the United States Capitol, when Facebook and other social media platforms increased their enforcement of terms of service that ban the incitement of violence.

Seth Meyers to Ben Sasse:
What a-the fuck are you a-talking about? 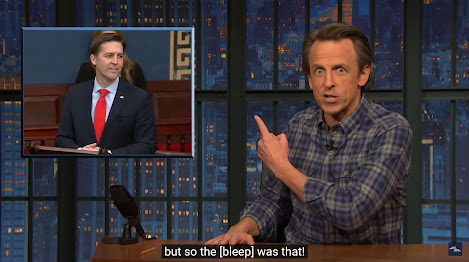 Ben Sasse, who holds a doctorate in history from Yale University, insisted on the floor of the Senate this week that the center of America is not Washington, D.C. and that Americans should be shoveling their neighbors' snow instead of, presumably, staying glued to their screens watching his party's leaders egg on vandals attacking the Capitol Building of the United States.
On "A Closer Look," Seth Meyers was having none of Sasse's bizarre redirection.

Quick follow-up question for you, Ben Sasse: What a-the fuck are you a-talkin' about?
Violent separatists just ransacked the Capitol in an attempt to overthrow Democracy, forcing lawmakers and staff to lock down and shelter in place and you're solution is to shovel your neighbor's driveway? This isn't Lake Wobegone.
You're not the host of Prairie Home Companion. You're a United States Senator and insurgents just breached the Capitol.