@JaneKleeb, whom we follow on Twitter, advised those of her followers who want to know how progressive @HeathMello really, is, not to read national blogs looking for clicks, but to read this instead.
So we did. Naturally, given the unnatural nature of this blog (kidding!) we fixated on the following Heath Mello campaign pledge:

Oh, c'mon! Even Jean Stothert has said she has no intention of repealing such protections (although that's not what the Omaha Liberty Project said she told them in 2013).
We know of no serious effort to repeal LGBT workplace protections in Omaha, so Heath Mello's pledge to "protect" it is probably next to meaningless.
What we would have preferred would have been a commitment by Mello to plug the gaping hole in LGBT protections in Omaha: protection against housing discrimination. Oddly, Mello issued a press release in February, stating just that.
Every city, town, village and hamlet in Iowa has LGBT housing protection. Think it doesn't matter? Watch this shocking report by KETV:

Mello is now under attack by conservatives (like they care about pro-choice people) and liberals (DailyKos rescinded its support of Mello) for his vote in 2009 to insist that Nebraska doctors advise women seeking an abortion that they could avail themselves of an ultrasound (!)
The bill (now law) stank: it condescends to women and unnecessarily interferes with the practice of medicine. What Mello's vote didn't do, however, is force women to have an ultrasound, which many on the Internet have falsely claimed.
Although we're suspicious of Mello's Catholic baggage and the political triangulations of him (and all politicians) he does support LGBTs when the chips are down. When Senator Adam Morfeld needs a vote for statewide LGBT workplace protection, he gets one from Mello (who supports Morfeld's LB173, which includes housing protection.)
But we're not impressed by the "continue to protect" pledge pointed to by Jane Kleeb and Nebraska's Democratic Party. LGBTs need more than half a loaf; they need housing protection.
Are we suggesting that Kleeb and Co. are using cynically using LGBTs? No. Kleeb has consistently supported the 50,000 (at least) LGBTs in the state. We haven't forgotten that it was her group, Bold Nebraska that helped air the TV ad urging passage of Ben Gray's Omaha LGBT workplace protections in the first place:


Equal Employment Commercial (read details) from Yay, You Did It on Vimeo.

(Fun fact: Django Greenblatt-Seay, who shot and edited the above, also did Mello's new campaign video. AKSARBENT would love to know how he combined a fast-motion background with Ben Gray in normal-speed in the foreground. If you wanna tell us, Django, tweet @AKSARBENT!)
As for Stothert's claim that her opposition to LGBTs workplace protection is water-under-the-bridge and that LGBTs "misunderstand" her, well, that's bullshit. Long after she was outvoted on the Council, she made sure that the city was one of the last entities in Omaha to extend workplace health insurance to the spouses of LGBTs. She will never lift a finger to ensure that LGBTs have recourse when they get jerked around.
Known by the company she keeps (Hi, Scott Walker!) Stothert has even aligned herself with a far-right gun-nut group in Omaha that is boycotting Chuck E. Cheese because it won't let them bring their guns into the joint (and MAT, the zoo, OPPD, and Paypal for the same reason.)
Should LGBTs stay home on election day? Certainly not! Should they be disappointed about Mello's campaign pledge? Yup.

P.S. We sure wish Nebraska Democrats would go after NE AG Doug Peterson for appealing a ruling on the state's antigay adoption policy to avoid $144k in legal fees to the gay couple who were forced to sue the state (said the Lincoln Journal Star.)
The Nebraska Supreme Court unanimously laughed at his argument (they likened the Heineman/Ricketts policy he defended to a "Whites Only" sign) and now the state (that would be me and you, friend) is on the hook for $174,000. This isn't the only tax money Peterson has thrown down a rathole using state resources to pursue his antigay agenda. 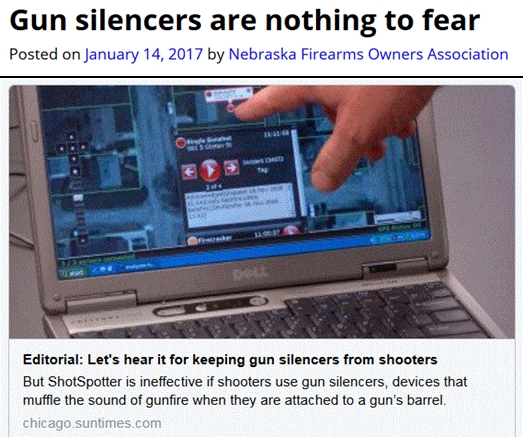 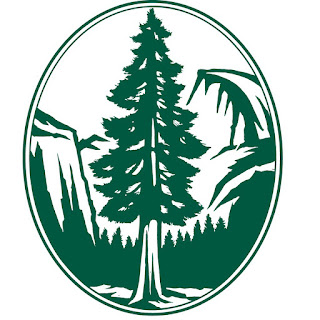 Next month the Sierra Club, America's first Environmental/Conservation organization, will be 125 years old.
When you cross the Golden Gate Bridge from San Francisco to Marin County you can visit an an enchanting grove of Redwoods, Muir Woods, named for the Sierra club's first President, John Muir.
Here's what his organization has to say about Trump's Supreme Court nominee, Neil Gorsuch:


"As the highest court in the country, the Supreme Court must be composed of justices that are fair, even-handed, and thoughtful. Unfortunately, Judge Gorsuch, Donald Trump’s choice to fill the vacancy on the Supreme Court, is none of those things and must be rejected. Gorsuch has proven himself hostile to environmental protection, women’s rights, and the rights of workers and cannot be trusted to protect our air, our water, or our communities.
"The Supreme Court has the responsibility of deciding on the cases that protect everything from our clean air and water to our civil rights and liberties. Gorsuch is not fit for that responsibility. Gorsuch has shown he will prioritize his warped ideological views instead of using our Constitution as a guide. His dangerous views favor polluters and industry over the rights of the people. His record shows that he will limit the access of everyday Americans to the courts and prevent agencies like the EPA from fulfilling their mission and doing their job to protect our air, water, and health. He’s even been described as more extreme than Justice Scalia.
“As a Supreme Court Justice, Gorsuch could undermine countless safeguards, including those that protect the civil rights, workers’ rights, women’s rights, and the health and safety of our environment. We strongly urge Senators, who are elected to represent and protect the American people, to stand up for families across the nation, oppose this nomination, and use every tool in the shed to block this extremist nominee.”