So Best Buy is selling a Black Friday Western Digital 5-terabyte portable hard drive for 90 bucks.
Such a device holds the equivalent of almost 46 billion IBM punched cards (120 bytes each), which would have set you back (in 1996) $800 million dollars (at $42.085 for a box of 2000) and some change (that being $3,349,771.78)
Forty-six billion punched cards would have taken IBM's 1930s Endicott factory more than 12 years to make (10 million per day, 7 days a week).
In 1956, IBM introduced a 5-megabyte hard drive weighing nearly a ton; it had to be fork-lifted onto a truck or plane. Best Buy's portable hard drive, which fits a jacket pocket, stores as much data as a mere million of those.

Donna Reed: "The easiest 50 bucks I ever made" 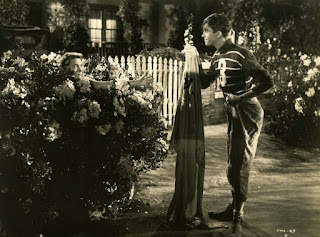 John Barrymore, the villainous Mr. Potter in 1946's It's a Wonderful Life, didn't believe that Donna Reed (25 when she costarred in Frank Capra's most enduring and endearing film) was really the country girl she made herself out to be
One day, when a cow was on the set, Barrymore saw his chance to bust Reed, so he offered her $50 if she could milk it. After doing so easily, Reed, who grew up in small town Dennison, IA, said it was the easiest 50 bucks she ever made.
P.S. The basketball court that slid apart to reveal a swimming pool in It's a Wonderful Life was not a studio set. It was Beverly Hills High's "Swim Gym" and is still in use. The cinematic Bedford Falls, 75 buildings in four acres in RKO's Encino Ranch was demolished in 1954.
Also, and this is VERY IMPORTANT: the bird in the office of the Bailey Brothers Building & Loan was Jimmy the Raven, who appeared in every Frank Capra film after 1938. 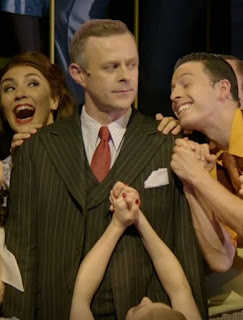