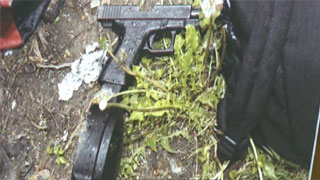 On April 17, 2013, Senator Deb Fischer voted to help the NRA kill an amendment limiting the size of firearm magazines. On May 20, 2015, Omaha Police Officer Kerrie Orozco died at the hands of a gang member wielding a Glock 9mm pistol with a high capacity drum magazine (pictured).
Now Fischer is at it again. one of 18 cosponsors of the Share Act and so-called Hearing Protection Act, NRA/gun manufacturer initiatives. The Hearing Protection Act (How laughable is that? Shooters can't wear ear muffs?) "amends the federal criminal code to preempt state or local laws that tax or regulate firearm silencers."


The SHARE Act would remove silencers from the National Firearms Act, and for the first time in more than 80 years, make it easy for anyone — including felons, domestic abusers and people with dangerous mental illnesses, like the gunman at Virginia Tech — to buy silencers without a background check, simply by finding an unlicensed seller. [Nearly all private gun sales are by unlicensed sellers.]

Jeff Twig, a survivor of the Virginia Tech massacre, is disturbed by what Senator Fischer and her Republican colleagues are doing. In a USA Today piece entitled Say no to gun silencer bill. I survived Virginia Tech because I heard shots he wrote:

I was sitting in class at Virginia Tech when the gunman opened fire down the hallway. I remember the sound of the gunshots. Despite becoming accustomed to the loud masonry work around my classroom that semester, I knew that this was different. The loud and piercing sound of the gunfire let me know that something terrible was happening. My professor quickly braced himself against the door as my classmates and I opened windows from which to escape.
It was a 19-foot drop from the windows to the ground. As the gunshots grew louder and louder, I knew it would be dangerous to jump, but even more dangerous to stay put. So I jumped. When I hit the ground, I broke both the tibia and fibula in my left leg. I got out, but 32 people were shot and killed that day, including my classmate and professor.
Simply put: For me, hearing the sound of gunshots meant the difference between life and death. They were so loud and distinctive that my classmates and I knew to take action immediately. Law enforcement officers rely on the sound of gunfire, too. Police and first responders are expected to hear, locate and react quickly to gunshots.
As a survivor of the Virginia Tech shooting, I know that gun lobby-backed legislation being pushed through Congress could make mass shootings even more deadly, and make it more difficult for law enforcement to do their jobs and  keep people safe.
It’s worth mentioning that the Virginia Tech shooting was far from the only time that survivors heard gunshots and knew they had to react quickly. More recently, in Alexandria, Va., members of Congress were practicing for the congressional baseball game when a gunman opened fire. Those who were there said that they,  too, recognized the sound of gunshots, and knew to take cover in the dugout. 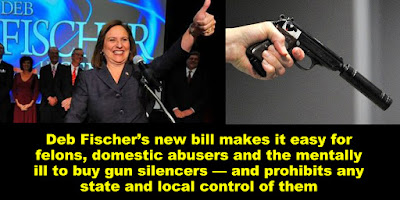 Omaha's ShotSpotter system, already miserable as a tool for actually catching shooters, if you believe Forbes's stats, may be compromised if Fischer's bill making it easier for violent criminals to acquire silencers becomes law.


If a silencer is used or shots are fired into a car and the vehicle absorbs the acoustic energy of the blast, the sound may elude the sensors, said Ralph Clark, ShotSpotter’s chief executive.

In Downsizing, Alexander Payne's first film since Nebraska, Matt Damon shrinks himself to 5" 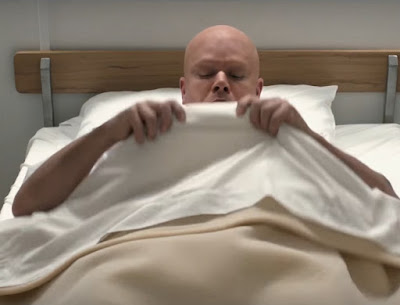 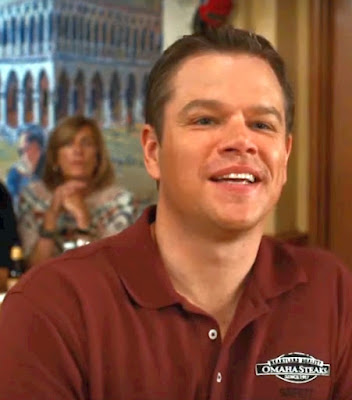 Alexander Payne already has two Oscars (for his part in writing The Descendants, and Sideways) but we predict Downsizing will be his biggest box office hit. It's Sci-Fi, but fun and co-opts the current zeitgeist about the effect of global warming (Harvey and Irma) and what can be done about it, albeit in an outlandish way.
Payne's crowd-pleasing feature opened the Venice Film Festival and Variety's valentine to the movie called it Honey I Shrunk The Kids for adults.
Downsizing is the fifth Payne feature to be at least partially filmed in Nebraska and the fourth to be filmed in his hometown, Omaha. Citizen Ruth, Election, and About Schmidt were mostly filmed here. 2013's Nebraska was nominated for 6 Oscars, but won none and only pulled in about $17 million at the box office. It was filmed in Allen, Battle Creek, Elgin, Hooper, Lincoln, Lyons, Madison, Norfolk, Osmond, Pierce, Plainview, Stanton, and Tilden but not Omaha.
AKSARBENT's favorite Payne film remains About Schmidt, which we think has the best performance Jack Nicholson has ever committed to film.

Stanford is about to publish an idiotic artificial intelligence gayface study that claims AI can identify people's sexual orientation by their photographs. (We didn't know Stanford's Graduate School of Business was so well-versed in sociological studies, did you?)
GLAAD and HRC are, of course, apoplectic and have Issued A Press Release through Drew Anderson, GLAAD's "Rapid Response" czar.
The press release ripped the study for being irresponsible, for being white-centric, for ignoring bi's, for getting pictures from dating sites, for not being peer reviewed, and blah blah blah.
The Stanford Biz School Boy Wizards struck back, accusing HRC and GLADD of issuing a press release containing "poorly researched opinions of non-scientists" and of being irresponsible themselves ("I'm rubber, you're glue, whatever you say bounces off me and sticks to you.") They also said their study was peer-reviewed though they didn't say by whom.
We think the study is crap, although Newsweek, The Guardian and The Economist, among others, completely fell for it.
Why do we think the study is crap? Because AKSARBENT published a post back in March about research on "gaydar" by the very smart University of Wisconsin at Madison Department of Psychology, that's why.
The U. of WI busted, once and for all, ALL studies which test gaydar (we include robot gaydar) by using using test populations that are 1/2 gay and 1/2 straight.
Guess what! The Stanford Study was a paired study!

You'd think GLAAD and HRC would have grabbed on to this fundamental methodology flaw like junkyard dogs, but they completely missed it, as they were undoubtedly planning the menus for their next celebrity fundraising banquets.
According to the U of WI Department of Psychology, the problem is this: since only 3-8% of the population is gay, any study which shows people (or, presumably, computers) two pictures and says pick the gay one, is bullshit. What a gaydar study (and we can't imagine anything less worth studying) should do is to show someone, or some thing, 100 people (or voices or whatever) and tell them to pick out the 3-8 gay wads.
After all, even flipping a coin gives you a success rate of 50% if there are only 2 choices.

William Cox, Assistant Scientist, Department of Psychology, University of Wisconsin-Madison, (Go Badgers!) wrote the article about debunking the myth of gaydar (and poorly designed gaydar studies), with help from two other Wisconsin psych profs and a graduate student in psychology (Alyssa Bischmann) from THE UNIVERSITY OF NEBRASKA! (Yay! Go Big Red!) We excerpt:

But as we’ve been able to show in two recent papers, all of these previous studies fall prey to a mathematical error that, when corrected, actually leads to the opposite conclusion: Most of the time, gaydar will be highly inaccurate.
How can this be, if people in these studies are accurate at rates significantly higher than 50 percent?
There’s a problem in the basic premise of these studies: Namely, having a pool of people in which 50 percent of the targets are gay. In the real world, only around 3 to 8 percent of adults identify as gay, lesbian or bisexual. 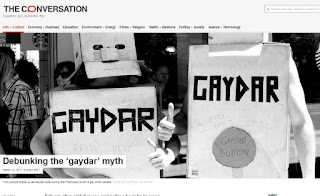 Guess what AKSARBENT did, kids? We applied the above example to the Stanford AI research and found a real world inaccuracy rate of 71% and 68% in spotting gay women. The Stanford study used photos of 35,000 people. We assumed 17,500 (half) were women, but a variance wouldn't change the inaccuracy percentage. We also chose 5% (between 3-8%) as the real world percentage of gay women. We didn't take into account bisexuals, but then, neither did the Stanford Business School tabulators. We're not statisticians, so let us know if our arithmetic is off, but really, it's pretty simple.
As for men, you can do that exercise yourself, Dear Reader. Click the table below to enlarge. 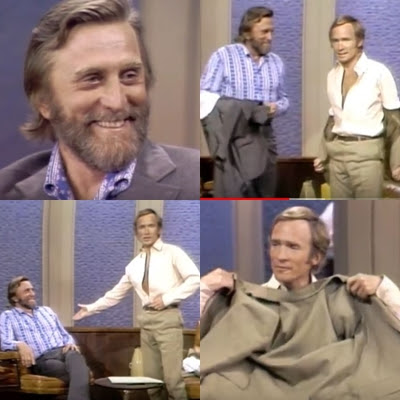 As guests went, Kirk Douglas was maybe a five, but Cavett was hilarious, starting with a good monologue. Early in the interview, Douglas snapped AKSARBENT's attention to attention with a promising anecdote about picking up a hitchhiking sailor, which, regrettably, did not have the kind of happy ending we like to hear about.
Later, Douglas got Cavett to take off his tie and loosen his collar, unleashing the host's inner exhibitionist and causing him to unbutton his shirt to his stomach; he went no further as it became evident that Douglas would not go further, even when Cavett playfully accused Douglas of being afraid of exposing another dimple. 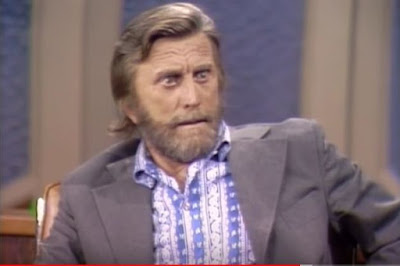 Douglas's beard hid his chin, but only accentuated his cheek-bones, and the star never looked hotter than when he flashed carnivorous smiles and eye glints to the camera.
The business about "Are you as big as you want to be?" was about Douglas's height (5'11'') and the relative presence of actors in life versus on the screen. Cavett was trolling, of course and Douglas bit with a take of mock horror.


Cavett's 1971 monologue:
Dick introduced himself as Kirk Douglas, then claimed he elicited heavy squinting or heavy *something* in the balcony. Then he admitted that he wasn't Kirk Douglas because how could there be a talk show host named Douglas? (Mike; google it kids.)
He noted that Sterling Moss, the racing driver, had his license suspended over a traffic violation, which he claimed was like someone taking Van Cliburn's piano, or Bob Rosengarden's (his bandleader) frisbee.
He related that New York's Commissioner of Public Health had declared all beaches safe; it was the ocean that was polluted.
He added that New York's lifeguards were not currently on strike, but told the audience that if they started to drown and a lifeguard swam up to rescue them and asked if they supported labor or management, that they should know what to say.
He also told a sexist joke about how one of his secretaries was quitting because she was made to feel like a dummy and that she said her notice would be effective the end of June or the first of July, whichever came first.
Sexist joke #2 was his note that the PlayTex company had hired a PR firm to oppose the no-bra look. Cavett suggested a slogan: "Support our girls at the front."
Posted by Enzo No comments: