David Hogg is a core members of the Parkland high school teens who are now outspoken gun control activists after seeing 17 classmates murdered and their school shot up. Now he and his friends are targets of right wingers. The other day, Erik Erickson smeared Hogg in a piece in which Erickson prepostrously accussed Hogg of bullying Dana Loesch, the NRA's pitbull flack.
On Twitter, lesser-known ammosexual apologists than Erickson are now piling on, including one who calls himself "Chief-10beers" who tweeted this to Hogg: 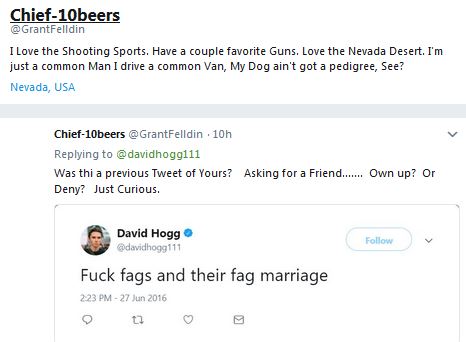 We don't know if the homophobic Hogg tweet Chief-10beers claims to have unearthed is real or forged, but there is a rather startling gap in @DavidHogg111's twitter timeline from November 20, 2015 to October 25, 2016, a black hole including the alleged tweet of 6/27/2016.
Before and after that gap, Hogg tweeted often. Looks to us like somebody just made a lot of his tweets vanish, although it's possible Hogg took a twitter sabbatical.
In any case, Chief-10beers posted an interesting tweet himself: 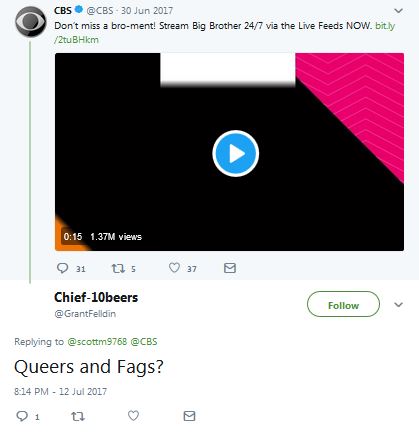