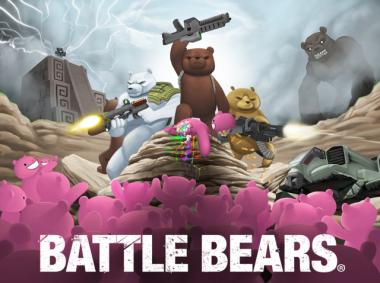 Also: Paul Ryan in Iowa — football pandering, a big Keystone XL lie, and some snark for a Cub Scout.

This contemptible game has blown up since its August release, now closing in on 20,000,000 downloads to mostly preteen boys. Since many of the install­ments in the Battle Bears series are free, in-game advertising accounts for half the revenue of the company, SkyVu Entertainment — for now.
But soon the not-so-subtle antigay subtext of the game will be rewiring the brains of young boys on children's TV too, with action figures and toys not far behind. Hey GLAAD, did you forget to set your alarm clock?

Here's how the game works, according to Friday's Omaha World-Herald:


Battle Bears is the story of a band of teddy-bear soldiers that roams the galaxy on a quest to rid it of danger — most notably Huggables. Bright pink and cuddly on the outside, Huggables just want to smother your character — literally — with love.
When Huggables are shot with any of the wide array of Battle Bears weapons, they burst forth with rainbows rather than blood.


Tricia Duryee, in All Things Digital:


Michael Polis, the president of Wildbrain said, “Between its built-in fan base and the expandable universe that lends itself to consumer products and character-driven extensions, Battle Bears has the potential to become the next big boys action comedy brand.” 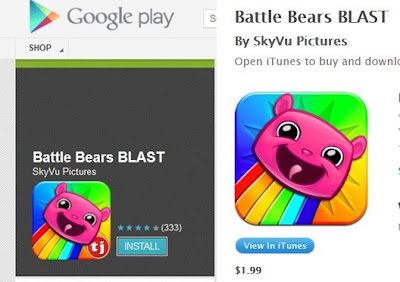 The TV show’s plot is expected to follow the lives of six Battle Bears as they travel to a remote pink planet. The bears soon learn that the planet is home to some of the galaxy’s most dangerous threats. The bears will have to use their skills to save the day.

Last Spring, Omaha's AIM Institute gave company cofounder and CEO Ben Vu its "Technology Innovator of the Year" award. (What's next? Trophies from NOM and the FRC?)
In August, SkyVu announced a second round of seed capital with Lightbank leading the way. NextView Ventures of Boston, Great Oaks Venture Capital of New York, Michael Chang (the former CEO of Greystripe), and the Nebraska Angels also participated in the round.

Here's some adulatory coverage from earlier this year by Channel 6, the Omaha NBC affiliate of Gray Television of Atlanta, which evasively explained that when you waste a pink bear, "colored stuffing" comes out.

Below is an uncritical profile of SkyVu Entertainment in Friday's Omaha World-Herald Money section featuring a grinning Vu holding toy incarnations of his pink bear villains while applying a little dynamic tension to the rainbow sash attached to the neck of one of them. What a cutup. 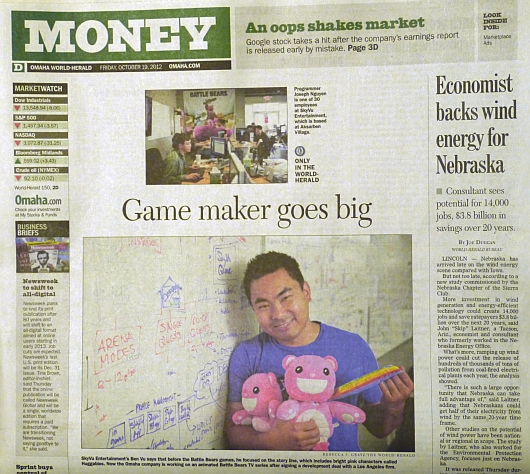 Maynard (Bob "Gilligan's Island" Denver) slyly flas
hes a nipple to the CBS eye
while trying to talk his best buddy Dobie Gillis (Dwayne Hick­man) into taking off all his clothes. Whoever said 1950s television was a vast waste­land obviously didn't know where to look.