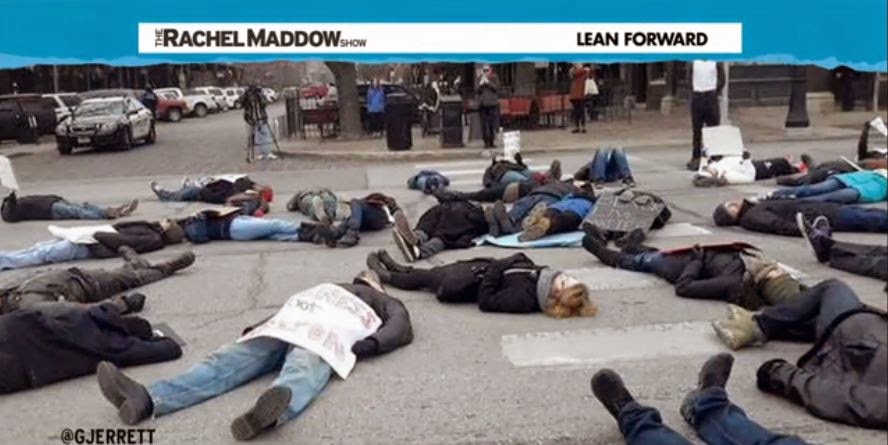 Evidently the members of Maddow's staff who carry out daily raids on YouTube to pillage free amateur footage (but which they at least no longer seem to plagiarize) must have missed that outrageous 2013 viral video of the warrantless police home invasion over unregistered cars in North Omaha.
They also must have missed the story about the Omaha police accidentally shooting to death a crew member of the long-running reality show Cops during a ride-along, although to be fair to the Maddow show, that video was professionally made by a TV production company and not a YouTube amateur so the event was mostly covered by obscure old media outlets like NBC(!), The New York Times, The Hollywood Reporter, USA Today, etc.