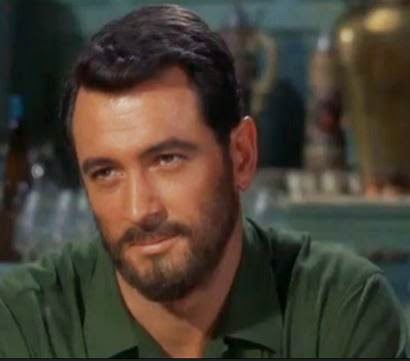 "No, I don't think so." (He was asked if he wanted more coffee.)
This via the web site "Famous Last Words."
Hudson, like Judy Garland, was quite witty in private.
AKSARBENT's favorite Hudson story is when he welcomed a buddy of his (a suit at Universal) to one of his private pool parties. He took his guest to a balcony overlooking the patio and drunkenly explained, "The blonds are named Todd and the brunettes are named Grant."
Bonus: Bob Hope's last words were to his wife Delores after she asked him where he wanted to be buried. "Surprise me," Hope said.
Posted by Enzo