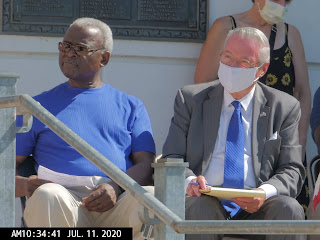 On the left, you have homophobe lite James Patterson, who sort of testified — in a disjointed, unfocused ditzy way (watch AKSARBENT's video) against Ben Gray's proposed modification of Omaha's anti-bias ordinance in 2012 to protect LGBTs from job discrimination, presumably because of Jesus's many pronouncements on the subject.
Above, on the right, you have homophobe  extraordinaire, Hal Daub, whose priors go back to at least 1978, when he ran an infamous "typewriter" ad against Rep. John Cavanaugh, accusing him of capitulating to or surrendering to or advancing (we forget which) the "homosexual agenda." 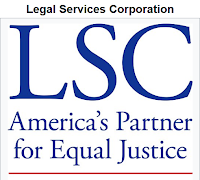 Cavanaugh had voted against a GOP amendment to stop the Legal Services Corporation from representing poor LGBTs who had been screwed over by government agencies or landlords or employers or whatever. Voters weren't fooled by Daub's attack ad. They reelected Cavanaugh.