Meet the Trump man gathering info for a purge of Energy Dept. scientists 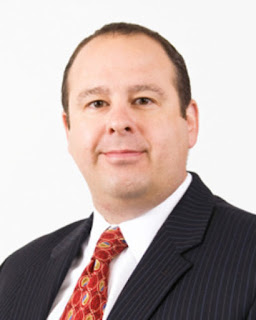 Responsible news organizations are saying that it's "unclear" how the Trump administration will act on the information it is now gathering about scientists studying climate change at the Department of Energy. If you want to place any bets on this, bet on purge.
Meet Thomas Pyle, who is directing the Trump administration's energy transition team, and how Mother Jones sums up his resume:


Leading Trump's energy transition team is Tom Pyle, who is currently the president of the American Energy Alliance. Pyle was previously a policy analyst for former Rep. Tom DeLay (R-Texas) before becoming director of federal affairs for Koch Industries.


One question zeroed in on the issue of the “social cost of carbon,” a way of calculating the consequences of greenhouse gas emissions. The transition team asked for a list of department employees or contractors who attended interagency meetings, the dates of the meetings, and emails and other materials associated with them...
The questionnaire also appeared to take aim at the national laboratories, which operate with a high degree of independence but are part of the Energy Department. The questionnaire asked for a list of the top 20 salaried employees of the labs, the labs’ peer-reviewed publications over the past three years, a list of their professional society memberships, affiliations, and the websites they maintain or contribute to “during work hours.” Researchers at national labs focus on a range of issues, including renewable-energy development and climate analysis...

You can read the entire questionnaire here. Or peruse the excerpt, above.

Bloomberg broke this story, but now WaPo (above and below), the NYT and NPR and others are covering it too.