Listen: Cleve Jones, depicted in upcoming ABC LGBT miniseries, When We Rise, is interviewed on NPR 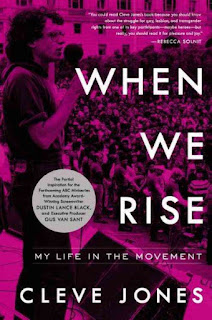 Cleve Jones is a longtime LGBT activist who once told Harvey Milk he wasn't important enough to be shot. He cofounded the San Francisco AIDS Foundation and started the AIDS Memorial Quilt. His new memoir, When We Rise, is also the title of an upcoming 8-hour, 7-episode ABC miniseries written by Dustin Lance Black, directed by Black and Gus Van Sant, and starring Mary-Louise Parker, Whoopi Goldberg, Rosie O'Donnell, Rachel Griffiths, David Hyde Pierce and, as Jones in his later years, Guy Pearce of Memento and L.A. Confidential.
Jones's interview with Terry Gross, of NPR's Fresh Air, was broadcast today. Below, a trailer for ABC's When We Rise. The miniseries will air in February.

Below: a previously unpublished AKSARBENT slide from either the 1979 or 1982 San Francisco gay day parade: 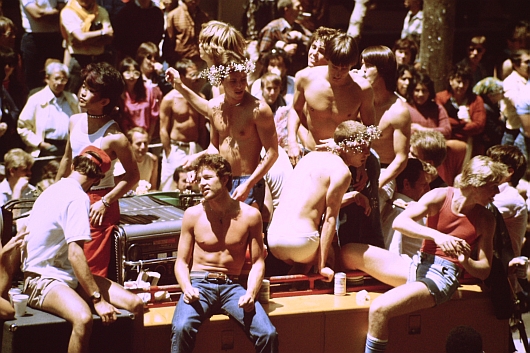