SJR39: Who voted to protect discrimination against LGBTs in MO?

After a nearly 40-hour nonstop filibuster by the eight Democrats in the Missouri Senate, SJR39 passed with votes from every Republican in that body. Here's what the Human Rights Campaign said about the bill, which would allow homophobes special privilege exemption from laws giving LGBTs the same rights in public accommodation extended to Christians.


As early as Monday, the Missouri Senate could vote on SJR 39. SJR 39 would create a ballot initiative to amend the Missouri state constitution and enshrine state-sanctioned discrimination against LGBT people and their families into law. If passed at the ballot, SJR 39 would explicitly allow individuals and businesses to pick and choose which laws they will follow, and wield their religious beliefs as a sword of discrimination against LGBT people. Taxpayer-funded adoption and foster care agencies could refuse to place children who are in desperate need of loving and caring homes with LGBT couples. State-funded homeless shelters could turn away LGBT couples and their families. Government employees could refuse to file tax forms for same-sex couples or provide state benefits. Businesses could turn away a same-sex couple shopping for wedding dresses.

Here's the roster of shame (click each panel for a larger, sharper image of the text.) 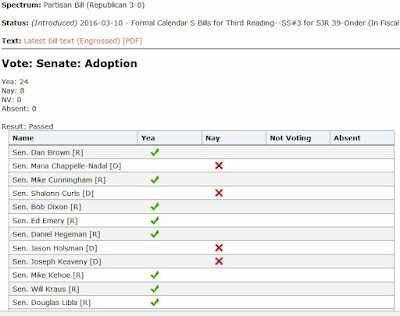 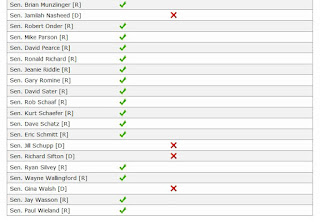