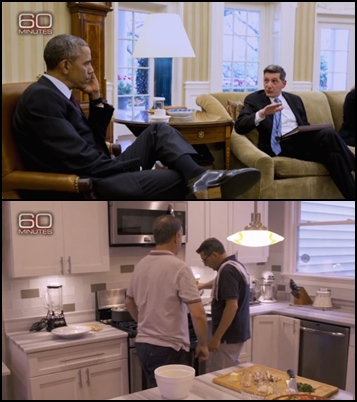 Michael Botticelli, President Obama's new Director of National Drug Control Policy  used to be a drunk, but has been sober 27 years.
He hates the sobriquet "drug czar."
Neither is he a fan of marijuana legalization and thinks that industry, with its "Buddy" mascot, is copying Big Tobacco's Joe Camel playbook.
Botticelli also is disenchanted with what the U.S. has to show for its 40-year, trillion dollar war on drugs.
"We can't arrest and incarcerate addiction out of people. Not only do I think it's really inhumane, but it's ineffective and it cost us billions upon billions of dollars to keep doing this," he told 60 Minutes.
In Massachusetts as Director of Substance Abuse Services, he started a high school for teens in recovery and expanded drug courts, where offenders can choose treatment over jail and get their charges dropped.
Botticelli told CBS's Scott Pelley that he became comfortable talking about being a gay man before he was comfortable talking about being an alcoholic.