In October of 2010, the Omaha World-Herald reported that then-governor Dave Heineman (an intractable foe of LGBT civil rights) bestowed a title on ruthless Gambian dictator Yahya Jammeh. The Herald story claimed that Heineman


...never intended to honor [Gambian Dictator Yahya] Jammeh. Instead, a San Francisco man requested the admiralship, and Heineman's staff processed it with little scrutiny...
Heineman has said it wouldn't be a good use of time or money to investigate each nomination, especially since the vast majority are legitimate.

An Admiralship in the mythical navy of Nebraska, a landlocked state, confers authority over "seamen, tadpoles and goldfish." 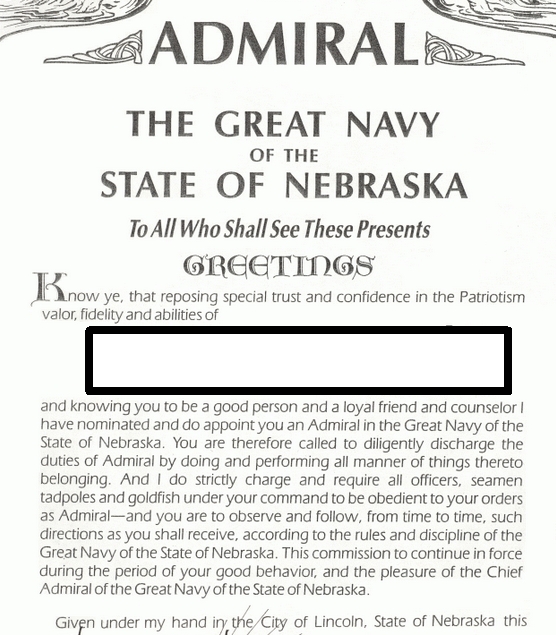