Someone made a tape of the farewell speech to his players made by University of Nebraska football coach Bo Pelini after he was cut from the team. The World-Herald actually published the audio of the very NSFW outburst because in the Cornhusker State of Mind, football trumps any policy about journalistic dissemination of vulgar, sexist invocations of lady parts.
By now Pelini-esque streaks of obscenity now revisit the same rut ploughed by the last surreptitiously recorded soliloqy, but Fake Bo Pelini (@fauxpelini) recaps of real Bo Pelini outbursts are ALWAYS fresh. And now, Fake Bo Pelini's bogus twitter letter to his successor has even made the august pages of the Washington Post. 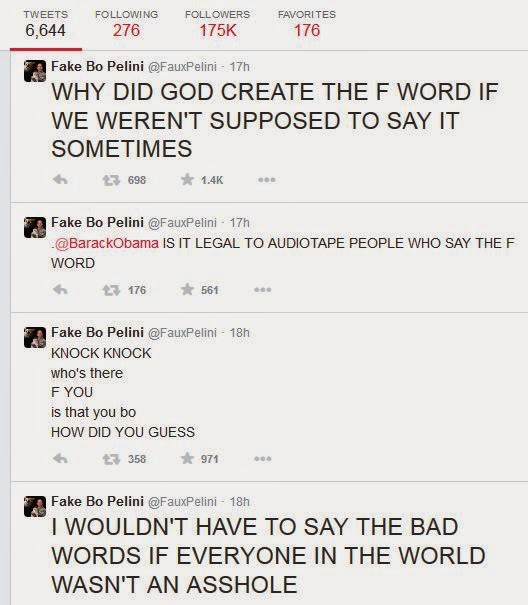