If you had any doubts that GOP lawmakers continue to turn tricks for corporations, check the nearly identical verbiage of what Citygroup's lobbyists proposed and what actually passed the House. Disgusting.
The bill is called the Swaps Regulatory Improvement Act and will gut a section of the 2010 Dodd-Frank financial reform act called the "push-out rule" that forbids banks from trading certain risky derivatives (which are complicated financial instruments with vales derived from underlying variables, such as crop prices or interest rates) with money insured by the Federal Deposit Insurance Corporation (FDIC). If this bill passes the Senate, taxpayers will be on the hook for more of Wall St.'s reckless gambling losses. The vote is here.
Rep. Alan Grayson (D-Fla.) called the bill "a good example of capitalism's death wish." 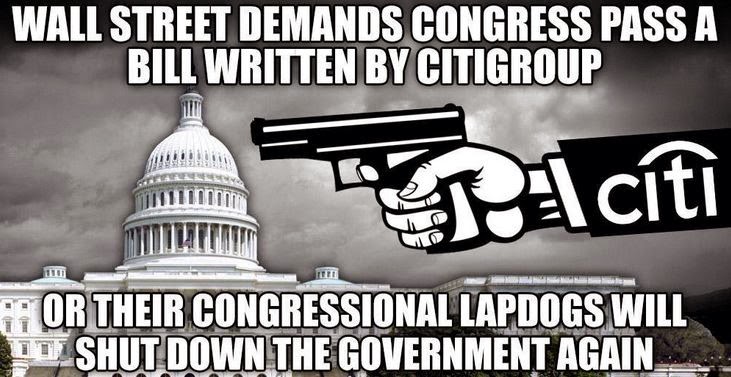