OK boys, even Bud Anderson fooled around once

Back in 1986, Billy Gray, who played son Bud on Father Knows Best, gracefully endured the usual amount of sexual harassment that comes with being interviewed on Howard Stern's show and, as Hugh Hefner did in his biography, confessed (when asked) to a solitary sexual experience with another guy.


(12:30)
Stern: Ever had any homosexual activity?
Gray: Oh, when I was about 15, I think...
Stern: What happened?
Gray: Oh, you know, just a little under-the-covers stuff... Enough so that I could answer honestly and not be allowed to be in the service.
Stern: ...Really, you went that far!
Gray: Yeah I did.
Stern: ...That was a one time thing?
Gray: Yeah, just a quickie. 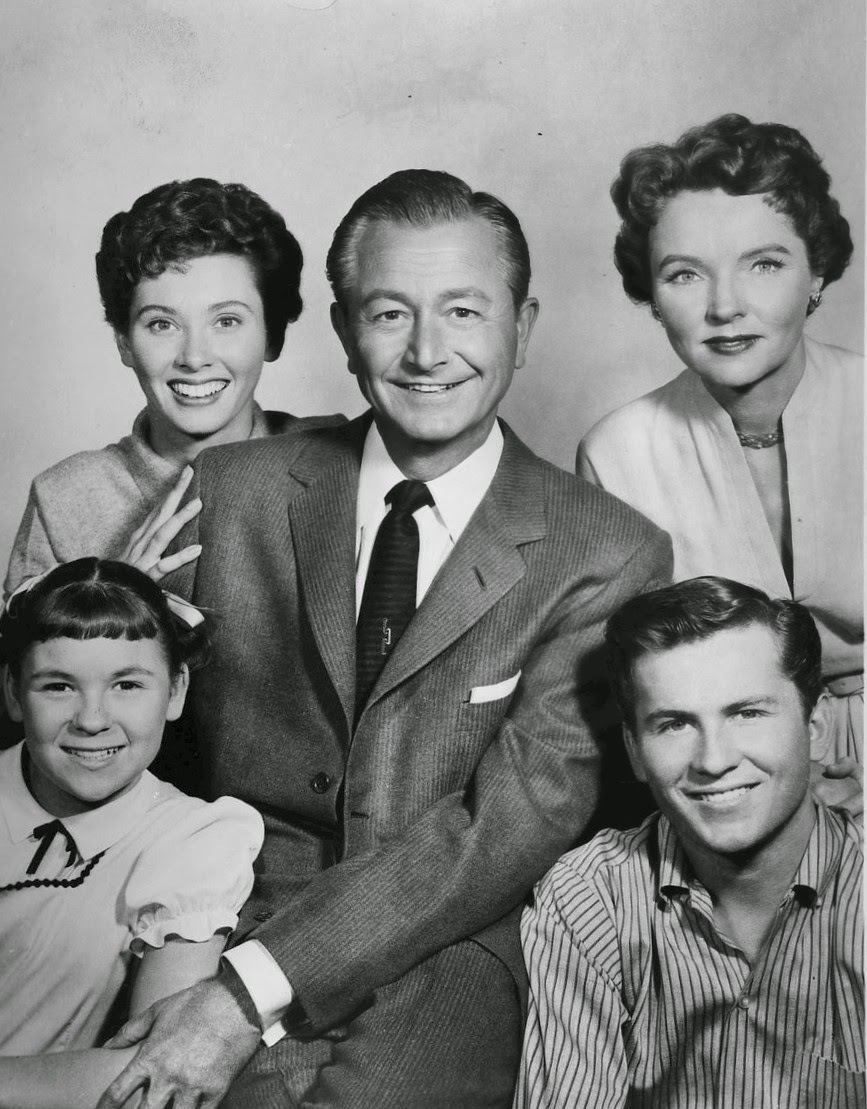 Gray made enough off the show to live modestly, racing motorcycles without ever having to get a regular job again. Although quite talented, he could not get acting work for years after a 1961 marijuana bust. (Father Knows Best ran on CBS and NBC from 1954-1960. After that, ABC ran reruns of the show in prime time for another three years.)
Costar Elinor Donahue, in an interview, said Jane Wyatt and Robert Young thought Gray had a better career ahead of him as an actor than did she.
On the Father Knows Best website, producer Eugene Rodney explained how Billy Gray got the role:


Our Bud had to have a teen-age boy’s abstraction, not flipness. More than thirty boys read the test script, but only one could say the gag lines – the Bud-isms- flat, able to resist a “this-is-a-joke-see?’ lilt.” “As an example”, said Mr. Rodney, “when Jim, worried about Betty’s going steady, reads aloud a newspaper story about a girl eloping and taking $200 with which her aunt was to buy a TV set, our Bud had to be able to look up and ask seriously, 'What size screen, dad?' Billy Gray was the only actor that could do it the way we wanted”.

Like many actors, Gray was no fan of Ronald Reagan, who used to tell voters that he was president of a labor union without mentioning that he sold out that union. From a 1974 AP interview:


Although Father Knows Best still appears regularly on television, Gray's residual checks have long since ceased.
"I can thank Ronald Reagan for that," he remarked. "When he was president of the Screen Actors Guild, he negotiated a contract that allowed the producers to cut off residuals after a certain number of reruns. Shortly afterward, Reagan became a producer."