Dana Liebelson of the Huffington Post explains what prefaced the event:


The FCC is currently weighing whether to classify the Internet like a utility and restrict Internet service providers from charging content providers for faster Internet access. This month, President Barack Obama announced his support for that approach, known as "Title II." But net neutrality advocates are concerned that the FCC might go with a different proposal, which would allow for some degree of paid prioritization. Opponents of this plan say that it would threaten the openness of the Internet by making it harder for smaller sites to compete.
When asked about her position on net neutrality, Clyburn, who is one of five FCC commissioners appointed by the president, said that she supports "a free and open Internet." She pointed out that in 2010, she supported Title II and a ban on paid prioritization, which is what Obama is asking for now. But she did not explicitly say that she still supports this plan. Instead, she wrote that she has "many of the same concerns I did four years ago, but have vowed to keep an open mind." Clyburn did not go into detail about what those concerns are.

Reddit users were so incensed by the charade that they downvoted Commissioner Clyburn's answers to oblivion, but one member collated them:
Some livid Reddit comments on the unfolding farce: 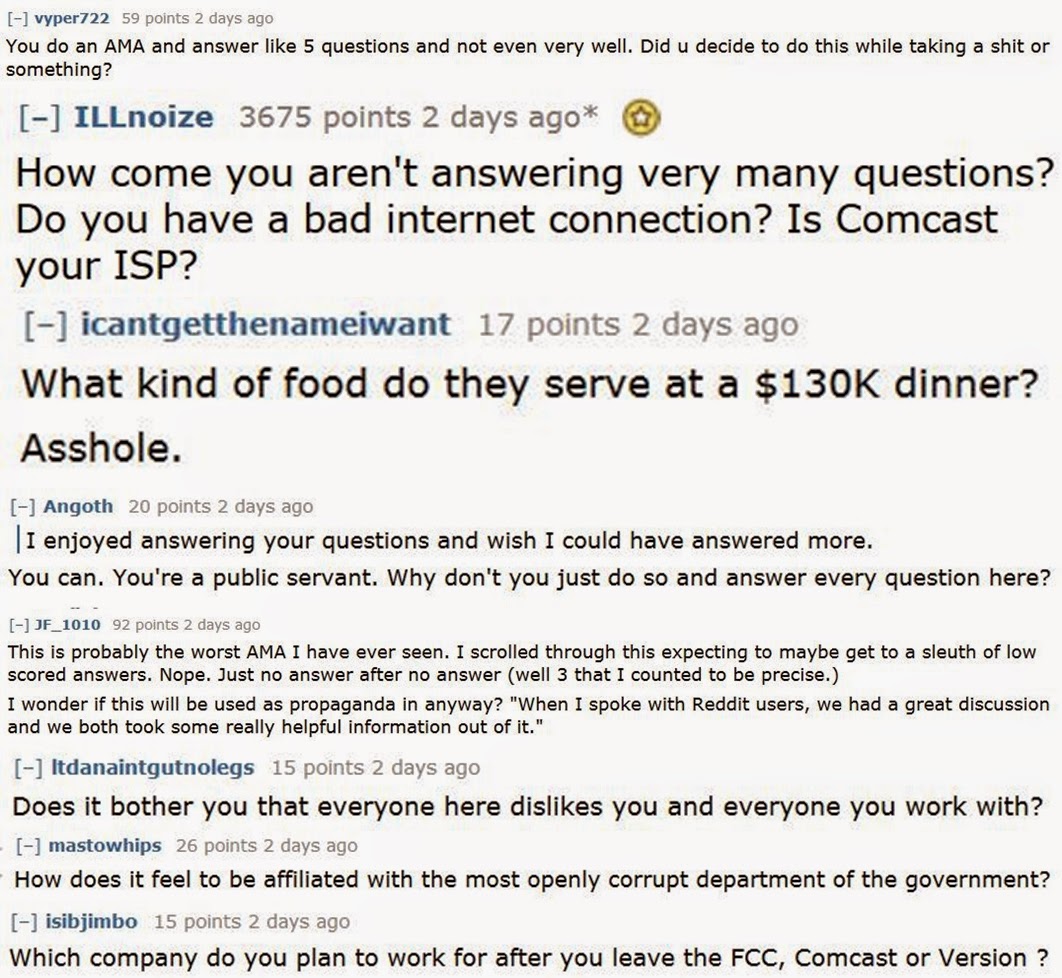 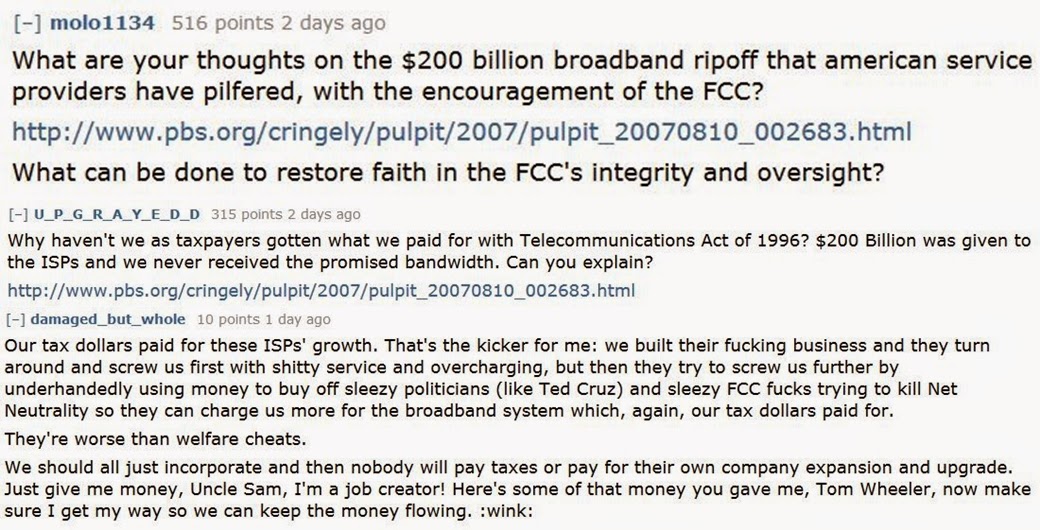 The Young Turks had Mignon Clyburn's number some time ago...