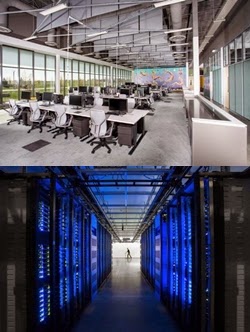 Two years ago, Kearney, NE tried to snag this $1.5 billion data center with the help of a groveling Unicameral. In Feb. of 2012, AKSARBENT wrote:


Nebraska state senators are falling all over themselves in a rush to pass two bills of tax-break boutique legislation to lure a company they won't identify to their constituents, who will be subsidizing the creation of as few as 30 [turned out to be 75] jobs with millions of dollars in tax and utility rate concessions.

Ultimately the facility was built in gay-friendlier Iowa in large part because Iowa's more developed wind energy infrastructure appealed to FB. (Nebraska has more wind, but doesn't exploit it as extensively as progressive Iowa.) 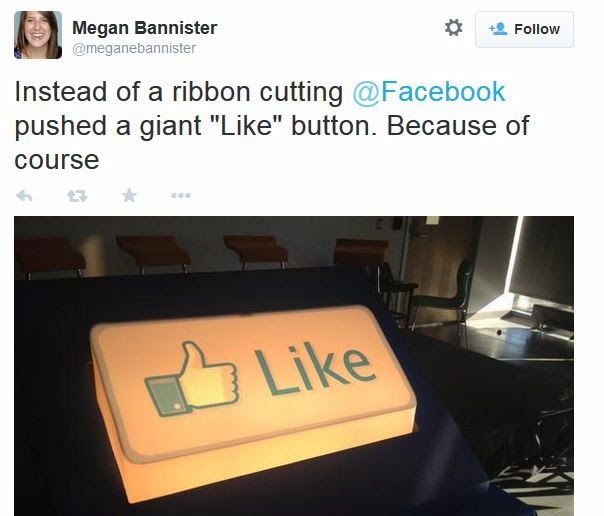 Via Megan Bannister of Silicon Prairie News come the PR stats, which AKSARBENT has stolen thoughtfully rewritten in Q&A format even though we confess that we have never seen or spoken to Megan Bannister, who, we guess, will now NEVER speak to us:


Question: How much optical fiber is in the building and would it wrap around the earth or reach to the moon, Megan?
Answer: 25,000 miles of fiber—that’s enough to wrap around the circumference of the earth and still have some left over.
Question: Oooh-la-la!
Question: Is the data warehouse property, er, "campus" bigger than Adventureland?
Answer: Yes, by 22 acres and it's 42 acres larger than Disneyland!
Question: AKSARBENT hates GOP political hack Lt. Gov. Kim Reynolds in part because she once said Obama had no "style" — at a political rally for Paul Ryan outside an Uncle Buck's at a BassPro in C.B., like she knows anything about "style." Was that bitch at the grand opening?
Answer: Facebook executives were joined by Senator Chuck Grassley, Iowa Lt. Governor Kim Reynolds, Iowa Economic Development director Debi Durham and Altoona Mayor Skip Conkling
Question: In Q3, Facebook sold $2.96 billion worth of advertising. Will it donate stuff to local charities to show the world it's as stunningly philanthropic as Iowa's generous and much-beloved casinos?
Answer: The company donated 30 laptops to Altoona Kids Klub, a before- and after-school care program serving about 400 students in Southeast Polk District Elementary Schools, and Altoona’s mayor mentioned Facebook has already been involved with the city’s Shop with a Cop Fundraiser. In October, Facebook announced a Community Action Grant program in Altoona targeted toward “nonprofits that meet critical community needs and that promote connection, sharing, economic development and improve the overall vitality of Altoona and surrounding communities,” according to its site.