But look at the nice American flags! (Don't read the fine print unless you want to know that (according to the tweet) only 60,000 of 143,000 Koch jobs go to Americans — fewer than half!)
If that factoid doesn't catch your fancy, take comfort in the fact that this troller can spin out six at least six tweets of canned agitprop per minute.
We got 38 from "Tom Nichols" earlier this evening about how wonderful the Kochs and Koch Industries are, even before we mentioned either of them (not that we had planned to.)
Very productive results for whoever is paying him or her.
But pretty off-putting — in a ham-fisted, blunt Koch Bros. kind of way. 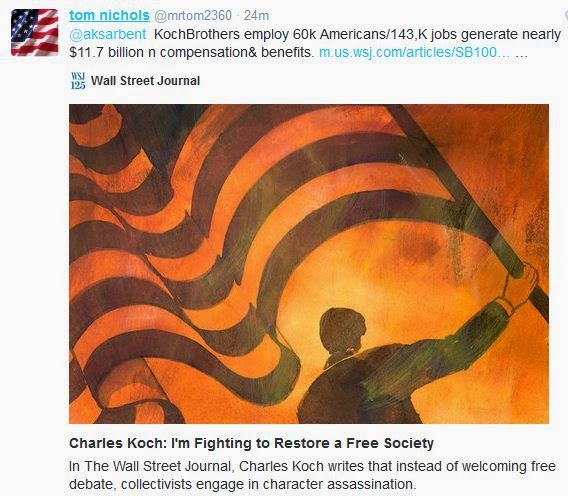