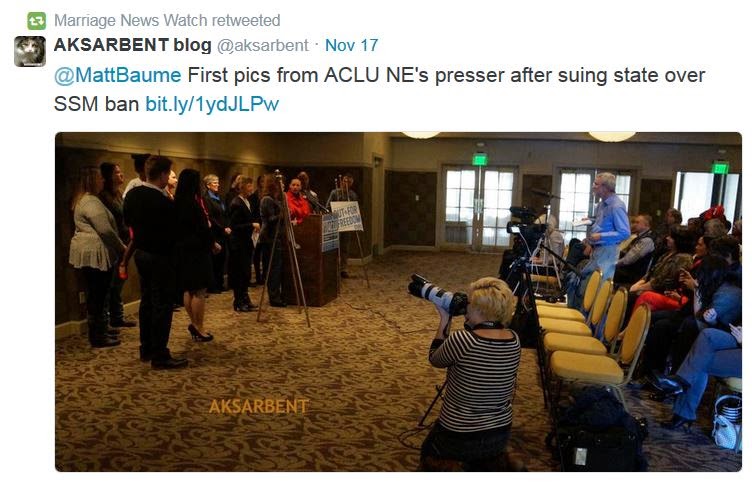 Baume doesn't mention last week's Nebraska ACLU news conference announcing the filing of its federal suit against Nebraska's ban on gay marriage (...and civil unions ...and domestic partnerships, which named Jon Bruning, Dave Heineman and ), but he did mention the impending suit last week, and even retweeted AKSARBENT's photo and link to our post about ACLU Nebraska's efforts on behalf of the state's LGBTs.