Lee Terry stabbed LGBTs in the back for 16 years in House votes. Want to return the favor? Vote today!

Note: If you're gay or your friends are, make sure they know how hostile Lee Terry really is toward LGBTs in the only place where his small-minded enmity counts — on the floor of the U.S. House of Representatives.
If you use Facebook, put a link to this post on your roof or wall or whatever Facebook uses. Use Google + too.
Tweet the link. Do as much as possible to make sure Terry gets as few gay votes from gay Republicans as possible. Tell them Brad Ashford used to BE a Republican if you have to (after all, it's true...)

Lee Terry voted against repealing DADT.  He voted against including LGBTs in hate crime legislation. He voted against ENDA, even though it didn't even include transgenders. He voted against allowing the U.S. Attorney General to provide assistance in instances of hate crimes against LGBTs. He voted no on a concurrence vote to repeal DADT. He voted to prohibit the use of federal funds to "contravene" DOMA. Two months later he did it again. In 2006, Terry delivered an asinine speech on the House floor urging support for an equally idiotic Marriage "Protection" amendment.

And while you're at it remember how unsupportive Ben Sasse and Pete Rickets have been of anything that smacks of equitable treatment backed up by the law of LGBTs.
Chuck Hassebrook and David Domina are much better choices.
And if you see any of the characters below on your ballot, just say no (but first click the picture to enlarge): 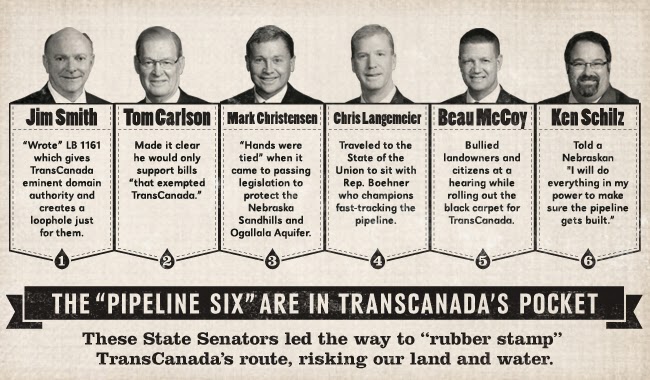