In April, Marin Cogan profiled, for New York Magazine, Chicago lawyer Laura Ricketts, who is the daughter of Joe Ricketts (billionaire founder of Omaha's TD Ameritrade), the sister of anti-gay marriage Nebraska governor Pete Ricketts, a co-owner of the Chicago Cubs, a top Obama campaign bundler and a leading fundraiser for LGBT causes, including Lambda Legal. 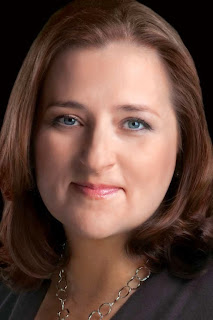 On her childhood in Omaha:


“When I was 5, I wore a tie and I wanted to change my name to Larry, which probably tipped my parents off that I was gay.” Today, she says, she can’t imagine running for office. “I don’t really like politics, to be honest,” she says. “But it’s other people making decisions about my life, and my country, and my child’s education … I wish we didn’t have so much money in politics, but that’s not the world we live in. If we don’t play here, we forfeit. And I’m not willing to forfeit my rights.” Laura was an all-star softball player in the years after Title IX, the only daughter in a house full of boys.

How she came out:


“I wasn’t gay! I just kept falling in love with my best friend, that’s all,” she says, laughing. Only when she returned to Chicago after law school did she figure it out. She sat her parents down the day after Thanksgiving and delivered a statement she’d rehearsed. “I just said, ‘There’s something going on with me, it’s been going on for a long time. I’ve tried to deny it, I’ve tried to ignore it, but it’s just who I am.’ ” She was in her early 30s.

What her conservative GOP father told her:


“You’re a leader,” she says her father told her. “And you can help other young women to come out. You gay people don’t know how to market your cause. You need to do micromarketing — you need to get on the ball!” And then, she says, “He said, ‘You always be proud of who you are. Because I am.’ ” She pauses for a moment, chokes up. “And then he said, ‘If anybody ever gives you trouble you tell me.’ ” She apologizes, dabs her eyes. “I said, ‘Because you’re going to beat them up?’ He was like, ‘Oh, no. I would hire somebody to take care of it.’ ”

Read the entire interview, including how she cancels out the conservative efforts of her brother, Todd, here at New York Magazine.