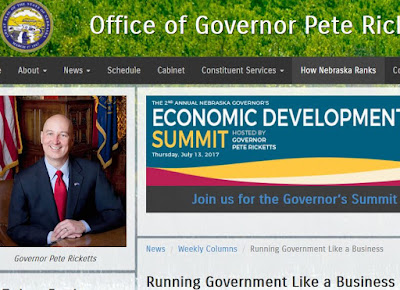 According to 2015 U.S. Census figures (the latest available) Nebraska ranks eighth in administrative costs among the 43 states which run lotteries : 12% of players' money ($18 million).
In payouts, Nebraska was 27th, paying out 63% of player's money (nearly 150 million) in prizes (almost $95 million.)
Jill Marshall was acting Nebraska Lottery Director during 2015. Brian Rockey was appointed Director as of July 1, 2016 after having worked for International Game Technology (IGT, formerly known as GTECH), the primary contractor for the Nebraska Lottery.
Although Nebraska, unlike neighboring Kansas, does not allow prizes to be claimed "anonymously" (meaning the lottery will not release the winner's name), they can be claimed by a trust or LLC designed to hide the identity of the beneficiary. This happened in 2014.
The rule: 602.03 A prize claim shall be entered in the name of an individual person or legal entity. If the prize claimed exceeds five hundred dollars ($500) the person or entity shall also furnish a tax identification number, a social security number for individuals and a federal employer identification number (FEIN) for all other persons.
Posted by Enzo