Aftermath of a carjacking

It started as a home invasion and ended with a helicopter pursuit and a three-car crash on Ames right outside North High Magnet School. Click on photos to enlarge.
_________
Correction: contrary to some early reports, the hijacking did not start as a home invasion, but as an assault in a Goodwill parking lot on Ames. KETV interviewed the victim here. 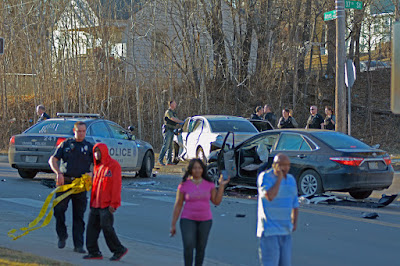 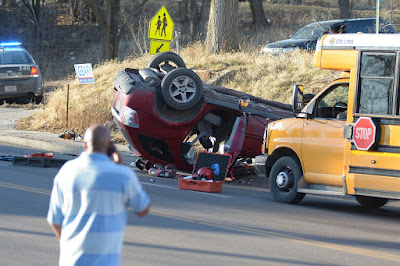 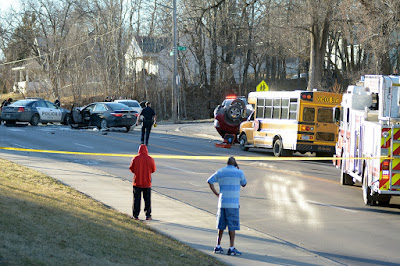