The State Auditor has released a 79-page indictment of very free spending by the director and staff of the Nebraska Tourism Commission, which included these interesting items:
But what brands of cigarettes and hooch, you might ask:


"several bottles of wine, three bottles of Tanqueray Gin, a bottle of Crown Royal Canadian whisky, multiple packs of Coors beer cans, a box of Marlboro Gold Pack 100’s(Cigarettes), and a significant amount of other alcohol purchased during meals while on the shoot. 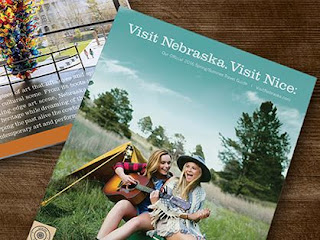 
...And in a completely unrelated development, Bailey Lauerman EVP and general manager Rich Claussen announced that he will be stepping down from his position to join “a pro-entrepreneurship group” after spending a whopping 30 years with the agency.
In other news, McKillip said she had “nothing to do” with the agency’s decision to cast her own daughter as the campaign’s star.
We just hope for the sake of all involved that the work inspires a lot of people to vacation in Nebraska.

The State Auditor engaged in a bit of snark too:

There was also a nice discussion of possible nepotism in the agency:

The Tourism Commissioners met Tuesday in Omaha — at the Henry Doorley Zoo.
Posted by Enzo