In a piece headlined "Stock, Drop and Troll" Snopes.com reminded its readers that correlation is not causation in respect of sensational articles "published by conservative outlets such as Breitbart, Freedom Outpost, and MRCTV, all reporting that Target's stock was "imploding" [and "plummeting"] due to a boycott over the store's policy to allow transgender individuals to use the restroom that corresponded with their gender identity."
Snopes pointedly noted that,


A) Target's stock price drop at the end of April was not unusually large, and
B) Walmart (which the AFA encouraged its members to patronize instead of Target) did not see an increase in stock price during the same period; in fact it took a "similar hit on April 19th."

Lately the American Family Associated has been speaking with a rather forked tongue about its militant behavior. One has to wonder which AFA pronouncement is the lie: the Assertion in the interview by AFA Governmental Affairs Director Sandy Rios, or AFA's tweet the very next day saying the exact opposite. 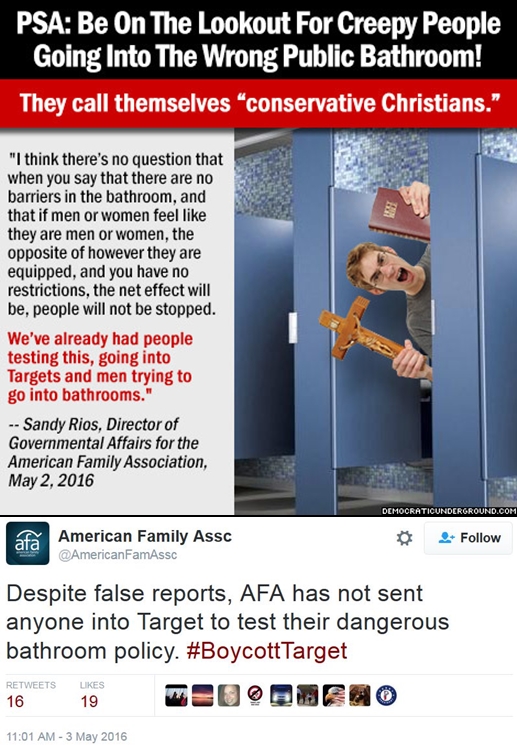