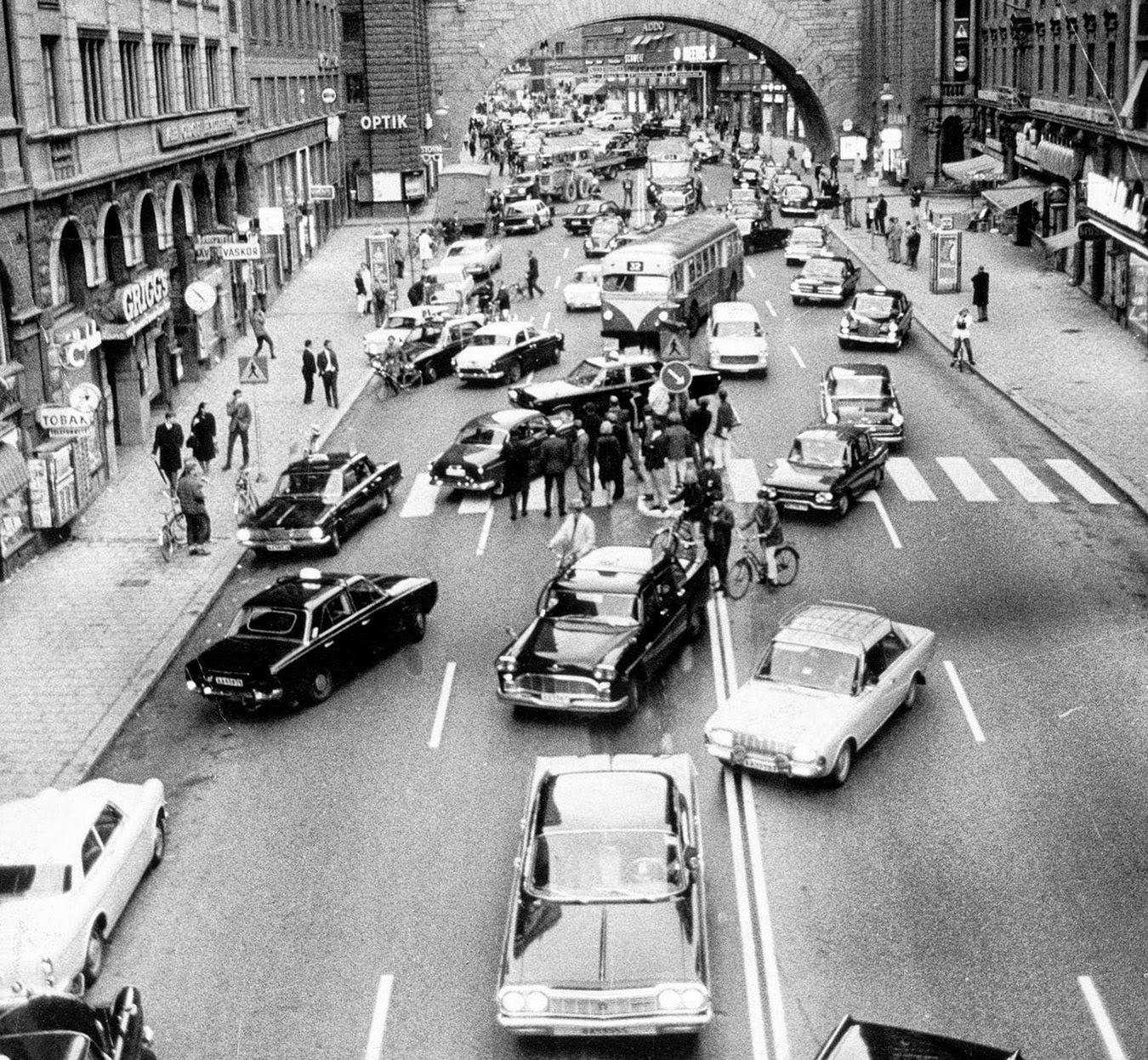 The switch was called "Dagen H" and was imple­mented on September 3, 1967 at 4:50 a.m., at which time traffic every­where in Sweden was directed over to the right side of the road and stopped.
At the time, large numbers of Swedes still drove Ameri­can cars with the steering wheel on the left.
On the Monday following Dagen H, there were 125 reported traffic accidents, compared to a range of 130 to 198 for previous Mondays, none of them fatal. (Probably because everyone was extra careful.) After that everyone got used to it and the number of accidents rose to previous levels.
Posted by Enzo