Mike Nichols, Oscar-winning director of The Graduate and husband of Diane Sawyer, dead at 83 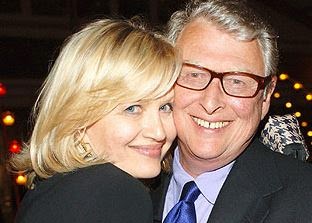 Nichols also had an Emmy, Tony and Grammy. He was already a celebrated Broadway director and half of the sketch comedy team of Nichols/May (Elaine May) when he directed his first film, Who's Afraid of Virginia Wolf, nominated for 13 Oscars, including Best Director, an award he had to wait to win until his second film, The Graduate, which made Dustin Hoffman a star.
The New York Times obituary is here.

Below: the dance scene from Who's Afraid of Virginia Wolfe, starring Elizabeth Taylor, Richard Burton, George Segal and Nebraska's Sandy Dennis, who won a Best Supporting Actress Oscar for her Nichols-directed performance.