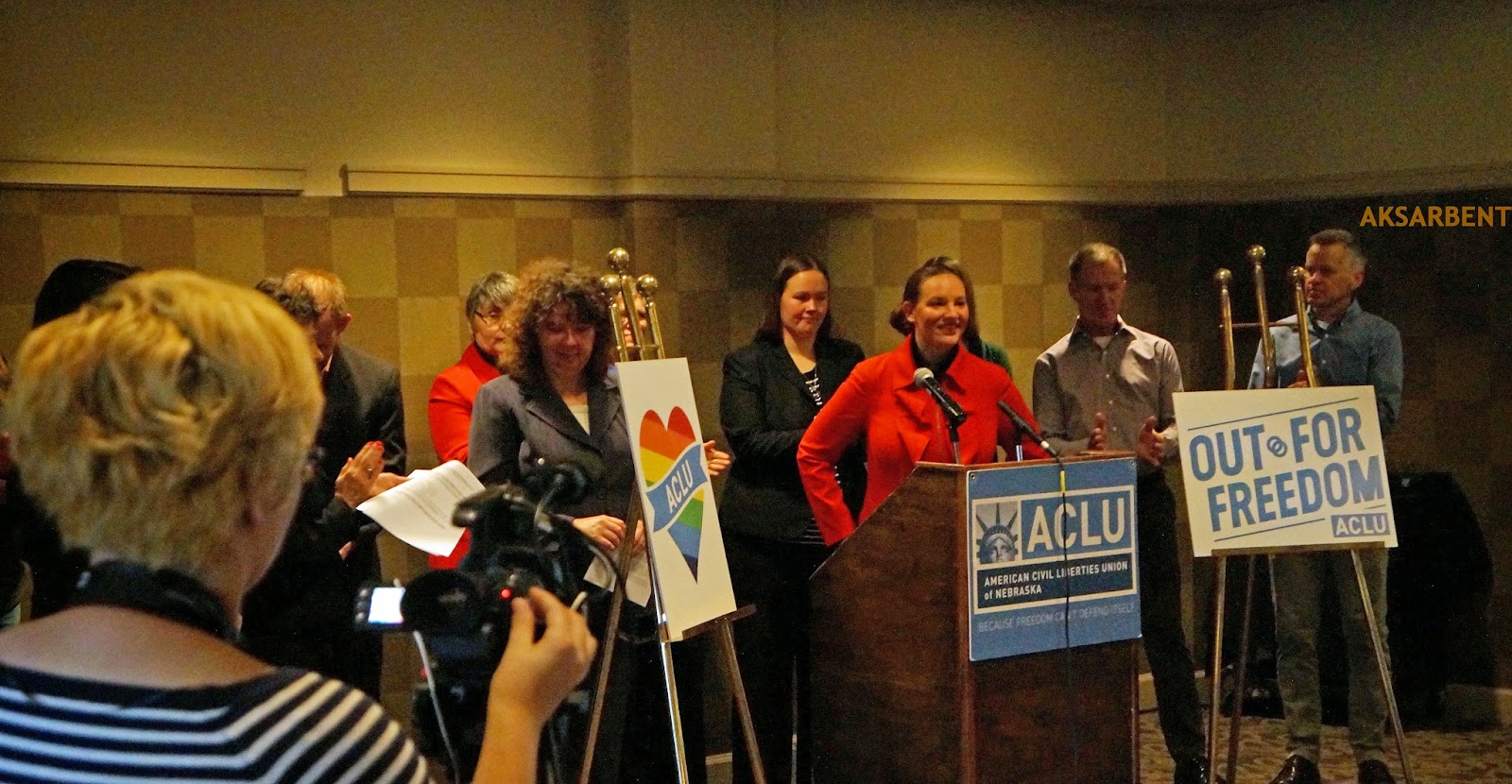 Last week, the Omaha World-Herald, then the Lincoln Journal-Star published leaked accounts of a forwarded email disclosing that the ACLU would file a lawsuit challenging the state's constitutional ban on gay marriage (Initiative 416), one of the strictest in the nation, passed in 2000.
This morning, in a conference room opposite the snowy courtyard of the Magnolia Hotel in downtown Omaha, the Nebraska ACLU announced that it, the American Civil Liberties Union and the law firm of Koenig | Dunne have sued Gov. Heineman over the state ban.
Nebraska had been the only state within the 8th U.S. Circuit Court of Appeals district without a federal challenge to a law banning same sex marriage.
Nebraska's GOP Governor-elect, TD Ameritrade scion Pete Ricketts, has already vowed to fight challenges to the state's ban. So has the state's current GOP governor, Dave Heineman, who, in respect of his unrelenting hostility to LGBTs, is quite a piece of work.


For a copy of the lawsuit: http://www.aclunebraska.org/images/attachments/215_Waters_v_Heineman.pdf

From the press release:

OMAHA, Neb. – The American Civil Liberties Union, the ACLU of Nebraska and the law firm of Koenig | Dunne filed a lawsuit in federal court today on behalf of seven couples who seek state recognition of their marriages or who seek the freedom to marry in Nebraska.
“Today is an exciting day for all Nebraskans because freedom means freedom for everyone. The couples we represent in this historic case are all tax paying citizens who are active in their communities and who are contributing positively to our economy. These families have served our country, are successful in their professions, and are parents raising children. The couples we represent seek nothing more and nothing less than the freedom to marry who they love. Nebraska has waited long enough it is time for the Cornhusker state to extend the freedom to marry to all its citizens,” said ACLU of Nebraska Executive Director Danielle Conrad. 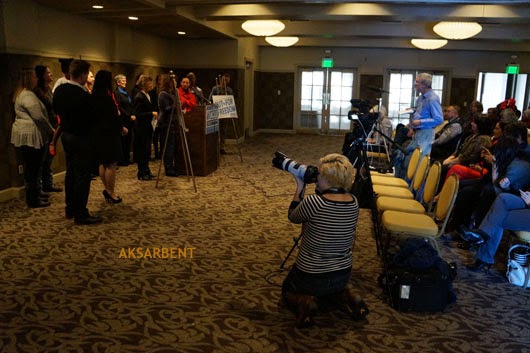 The plaintiffs include Susan and Sally Waters of Omaha who have been together for seventeen years.
In January 2013, Sally was diagnosed with breast cancer which has progressed to stage four and is considered terminal.
“We have said publicly before God, our family and our friends that we love each other and are committed to one another and our children,” said Sally Waters, “At this moment, I want to spend time loving my children and my wife while knowing that should I die, they will be cared for. By not recognizing my family, Nebraska is making a difficult situation much more difficult emotionally and financially.”
Other plaintiffs include:
"These families simply want the security and recognition that only marriage provides," said Amy Miller, legal director of the ACLU of Nebraska. "It is wrong for the state to treat these loving and committed couples as second-class citizens. When a family has roots in Nebraska or wants to call Nebraska home, they should be able to do so without being treated as legal strangers.”
The lawsuit will be filed in the U.S. District Court. The plaintiffs allege that the state’s constitutional marriage ban unlawfully discriminates against lesbians, gay men, and their children. Due to Sally Waters’ medical condition, the attorneys will be filing a separate motion for emergency relief.
Polls indicate that a majority of Americans support the freedom to marry for all citizens. Currently 33 jurisdictions in the United States grant or recognize the freedom to marry for same sex couples.
For bios of the clients: http://www.aclunebraska.org/images/ne_out4freedom_bios.pdf 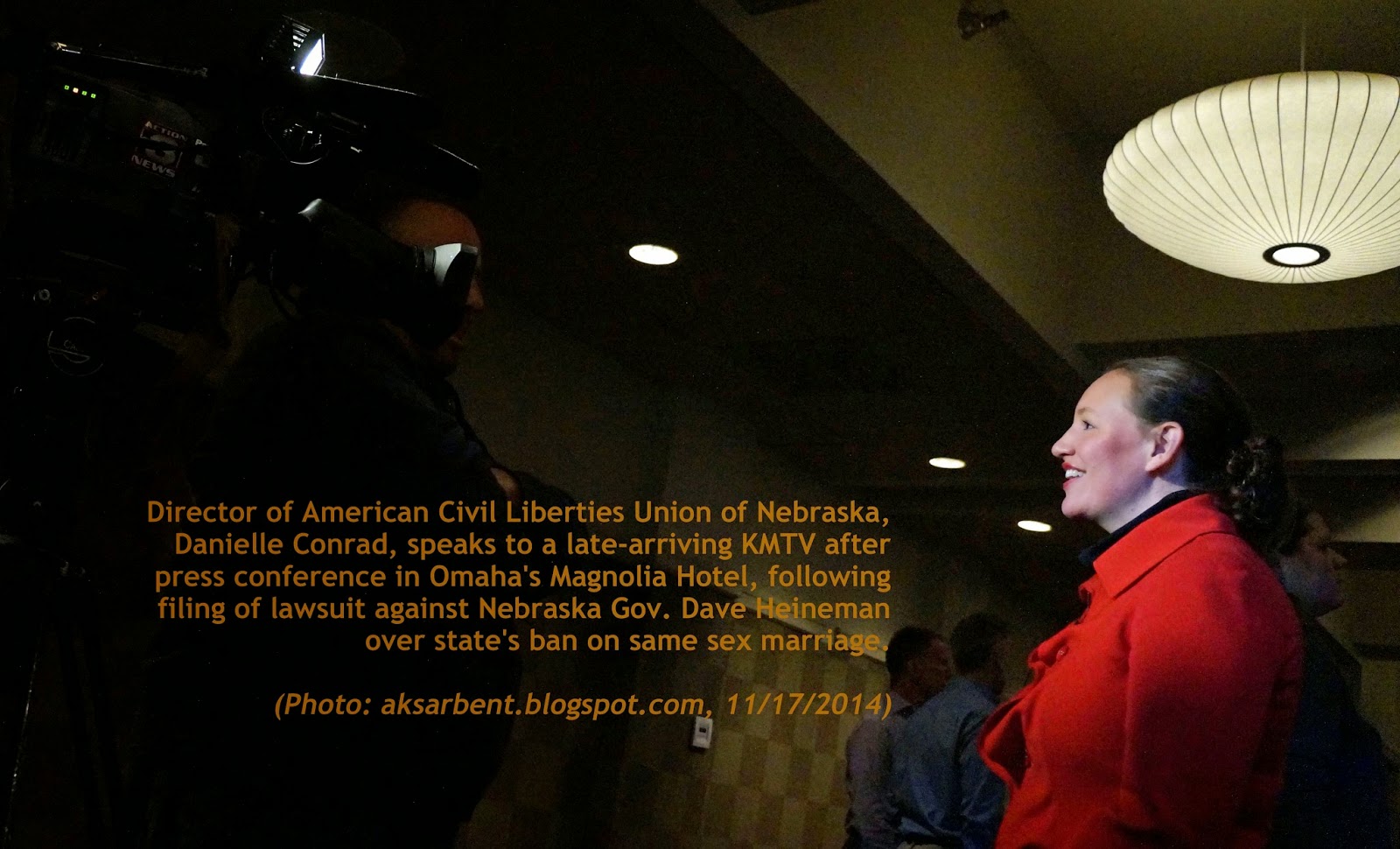