Crickets from Ricketts on marriage equality 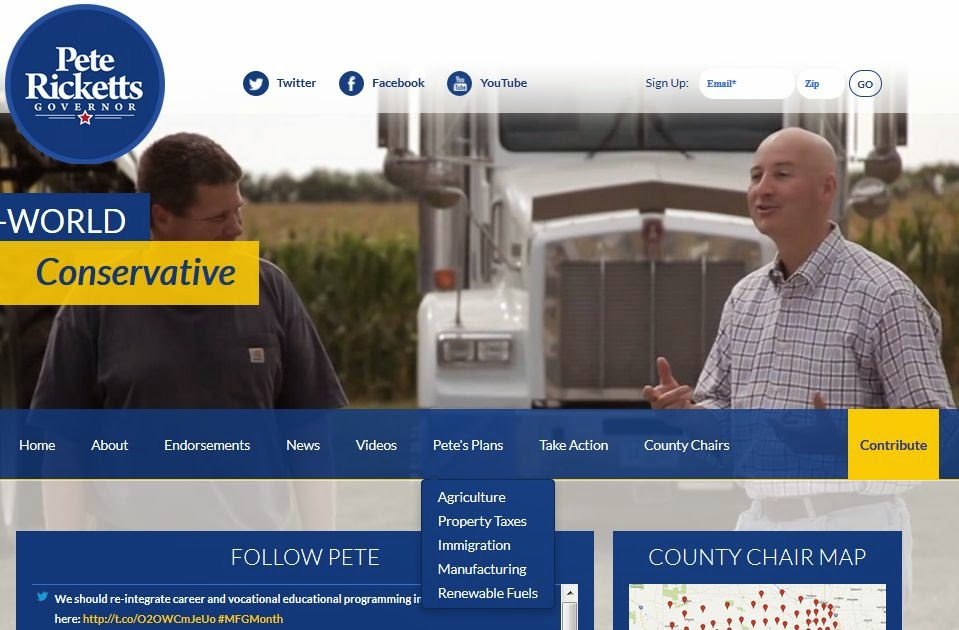 Statutory and constitutional state bans on gay marriage have been falling like swill hound NU fans on football Saturdays lately.
Yesterday, gay statistician and political handicapper extraordinaire Nate Silver sarcastically tweeted "Gay marriage is on pace to be legal in 73 states by next Tuesday."
Gay uber-blogger Joe Jervis of JoeMyGod fame can barely keep up; he complained in a radio interview recently that every time he comes back from the grocery store another state has legalized gay marriage.
But gubernatorial aspirant Pete Ricketts is as mute about the topic as the quietly fuming news managers at Fox. There's nothing at all about the subject on his website. (We haven't checked his amazingly white twitter feed lately, as we are too easily creeped out.)
Naturally, we're not stupid enough to think Petey has suddenly started caring about the legitimate concerns of roughly 50,000 gay Cornhuskers; we just think he doesn't want to advertise his opposition to the codification of equal treatment of LGBTs during the campaign before he has the chance to quietly torpedo them from the governor's office, the way Dave Heineman has.
In the absence of any recent statements, we had to rely on the Omaha World-Herald's reporting of Ricketts' opinions on the subject in 2013, years after his failed 2006 attempt to buy Ben Nelson's U.S. Senate seat for about $12,000,000 of his TD AmeriTrade fortune.


For Ricketts, the fact that his sister — Laura Ricketts — is a key supporter of gay marriage hasn't changed his belief that marriage is meant for a man and a woman.
He not only opposes same-sex marriage, but he said he also opposes a longstanding decision by the Chicago Cubs to sponsor a gay pride parade in Chicago. The Ricketts family owns the baseball team.
The Cubs' connection to the parade raised objections from a fellow Republican candidate, who said Thursday it called into question Ricketts' gay-marriage opposition.
Republican Beau McCoy said that Ricketts should be held responsible for the fact that the Cubs are supportive of the gay community.
Ricketts said he had no involvement in that decision. He also said that despite some “difficult conversations” in his family, he and his sister remain family.