Omahans will recognize WPMI 15's anchor, who introduced the story, as former KMTV anchor Greg Peterson who left Nebraska for Mobile, AL in 2007.

Here is Hawkins, in pictures on his facebook page: 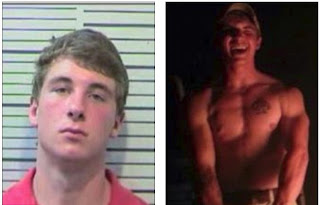