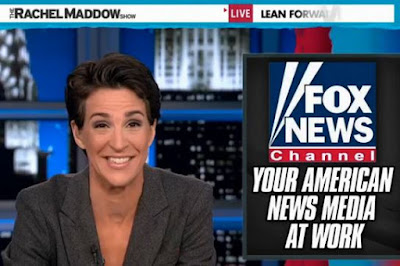 That key demo is the 25-54 age group, where Maddow has pummeled Fox for the second consecutive week, besting it by 25%. Yes, MSNBC is crowing: