Art Garfunkel tells CNN why he gave Bernie Sanders his blessing to use his song, America 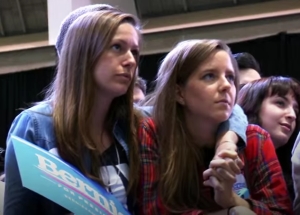 We never realized that America is NOT a Paul Simon song! The fact that Hillary isn't releasing the text of the $225,000 hour-long speech she gave to Goldman Sachs seems to have resonated with Mr. Garfunkel as much as it did with the crowd last Thursday in Lincoln's Lied Center when Bernie opined that for that much dough it must have been a great speech and that he'd sure like to hear it.