Male/Male romance novelist Laura Harner, who has had published 75 books in five years spanning 7-8 genres, probably didn't think there was much overlap between "her" romantic fiction and more mainstream titles, but...


Becky McGraw, a New York Times bestselling writer, was alerted by one of her readers about the similarities between her own novel My Kind of Trouble, in which Cassie Bellamy falls for bad boy Luke Matthews when she returns to her hometown of Bowie, Texas, and Laura Harner’s Coming Home Texas, in which Brandon Masters falls for bad boy Joe Martinez when he returns to his hometown of Goldview, Texas.
“She emailed to ask if I’d started writing gay romance under a pen name,” said McGraw, whose editor subsequently reviewed both books, and highlighted the similarities.

Harner told The Guardian that she...

had “made mistakes”. “I own them, and I will deal with the consequences. In transforming two M/F romance stories into an M/M genre, it appears that I may have crossed the line and violated my own code of ethics.”
I write about certain concerns related to military service for a reason; however, I am not offering that as an excuse. I just think whenever someone acts so out of character, it’s helpful to ask why.”

Harner is also accused of ripping off a hetero biker romance and changing the gender of one of the principals: 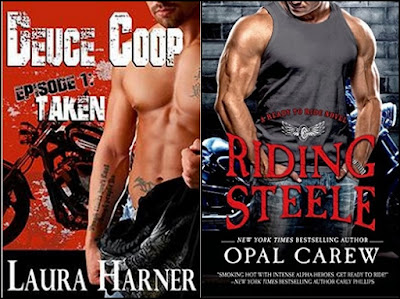