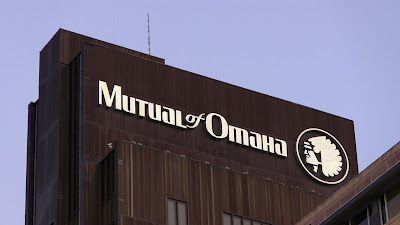 Truvada is a form of PrEP, a pre-exposure prophylaxis designed to prevent HIV infection.
A 61-year-old gay Boston attorney who is on Truvada and is HIV negative, has been denied long term care insurance by Mutual of Omaha. He's planning to sue Mutual and as a preliminary step, filed a complaint Wednesday with the Massachusetts Commission against Discrimination.
From the Associated Press:


He [the attorney] said he received a letter in April from a chief underwriter for Mutual of Omaha denying his appeal. "We do not offer coverage to anyone who takes the medication Truvada, regardless of whether it is prescribed to treat HIV infection, or is used for pre-exposure prophylaxis. This in accordance with our underwriting guidelines," the letter said, according to the complaint.
Doe alleges that Mutual of Omaha discriminated against him based on sexual orientation and disability, in this case, an assumption that Doe will in the future contract HIV, a health condition covered by the state's antidiscrimination law.
Dr. Kenneth Mayer, a professor at Harvard Medical School and director of HIV Prevention Research at Beth Israel Deaconess Medical Center in Boston, said he doesn't understand why Mutual of Omaha would reject an applicant for long-term care insurance because he is taking Truvada.
"The last thing we want to do is discourage people from using this preventive mediation," Mayer said. "The goal is to eradicate the number of new HIV infections."

From Gay and Lesbian Advocates and Defenders (GLAD):


“Mutual of Omaha’s denial is nonsensical,” said Bennett Klein, Senior Attorney and AIDS Law Project Director at GLAD. “If our client were not taking Truvada, not protecting his health and the health of others, he would have received the insurance.  We should be well beyond the days when insurers make decisions based on fear and stereotypes about HIV. The assumption is that gay male sexuality is inherently risky and unhealthy, and that’s just wrong.”

In 1998 Lambda Legal and the AIDS Legal  Council of Chicago sued Mutual for capping HIV-related care at a fraction of the amount allowed for other illnesses or conditions.
In March of 2010, Mutual "amicably" settled a trademark lawsuit against the production company of Oprah Winfrey over the use of the phrase "Aha Moment."
For decades, Mutual of Omaha sponsored a nationally-televised animal program entitled "Wild Kingdom," in which hosts Marlin Perkins and Jim Fowler relentlessly plugged the security of Mutual's Life Insurance products via awkward seques.
However a Mutual occupational underwriting guide in use well into the 1990s revealed that it was against company policy to underwrite life insurance for "wild animal handlers."