Firing of NU coach may end one of twitter's most popular parody accounts, much beloved by gay football fans 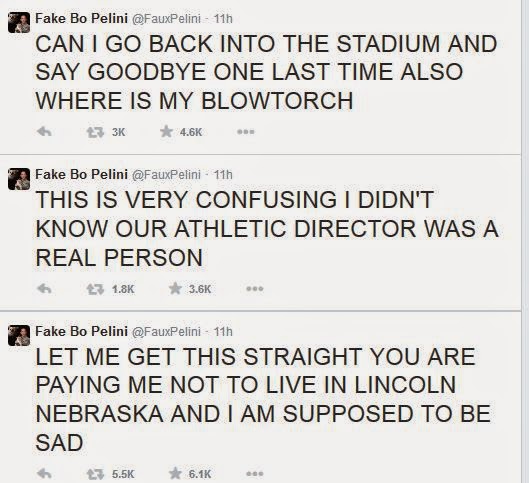 Bo Pelini's firing Monday by the University of Nebraska may mean an end to @fauxPellini, which has about twice as many followers as UNL's Memorial Stadium has seats. The parody twitter account, written by a mysterious former Nebraskan about whom little is generally known other than his middle name (Mike), occupation (attorney) and current residence (near Chicago), may not continue, even if Pelini is hired by another school.
Keith Olbermann has had his fun with Pelini, too: