Is Pete Ricketts reaching out to homophobes or LGBTs?

Or does the gay-vague campaign of the multimillionaire TD Ameritrade scion running for governor (after Nebraskans rejected his U.S. Senate bid) just have way too much money to throw at Google/YouTube? Or is he playing both ends to the middle? We're so confused.

NOTE: In 2008, Ricketts was the #1 contributor to the successful state senate campaign of Beau McCoy, who unsuccessfully tried to outlaw municipal LGBT antidiscrimination laws in Nebraska and tried to mislead the Unicameral's Judiciary Committee into thinking that the Omaha World-Herald supported his efforts. Thanks, Dick Peter. 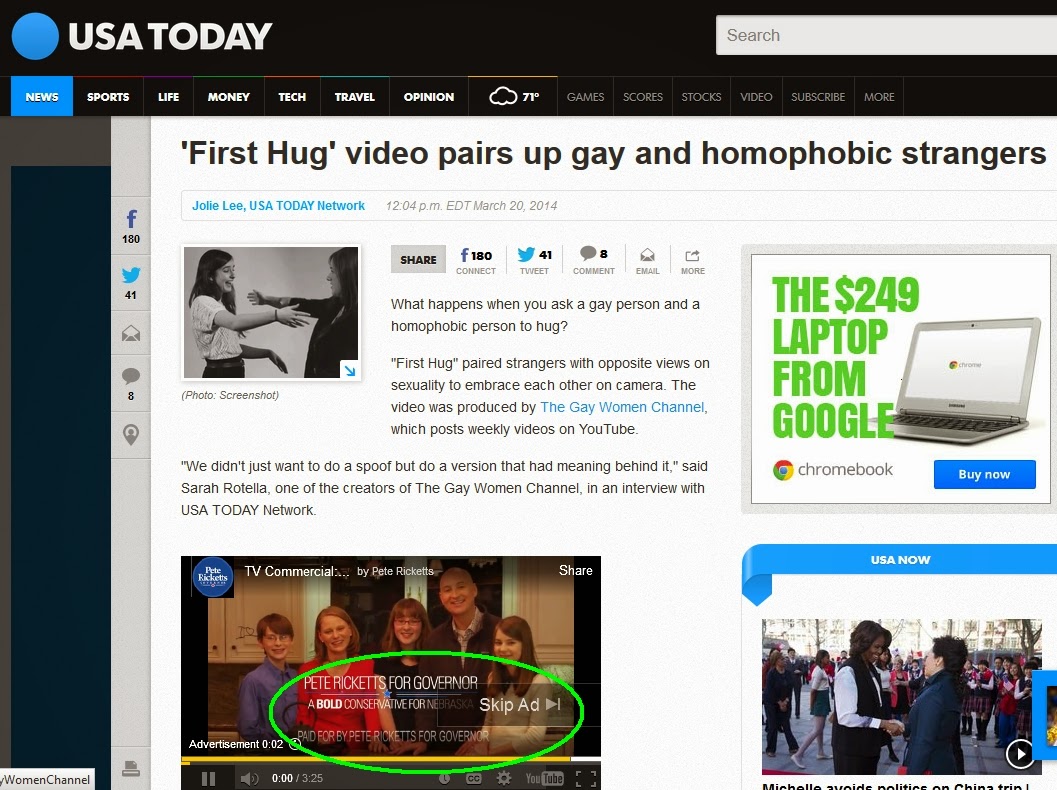