Like this post? Share it via social media icons below. KETV said about 2,500 people showed up at the Bob Kerrey pedestrian bridge to demand meaningful gun control.
The span is named for the Cornhusker senator who stood up to the NRA decades ago.
Here are some photos, followed by the campaign video Senator Kerrey ran in 1994, in which he basically told Hollywood actor and then-NRA-President Charleton Heston to go to hell.
By the way, the accusations in that sign about a Kremlin-NRA connection are not frivolous. 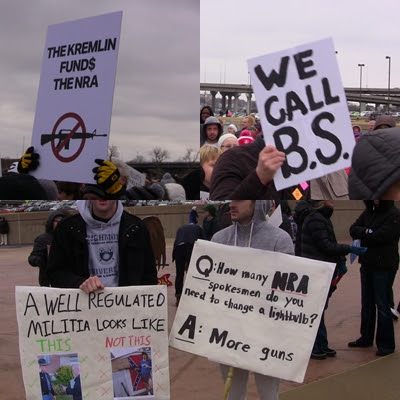 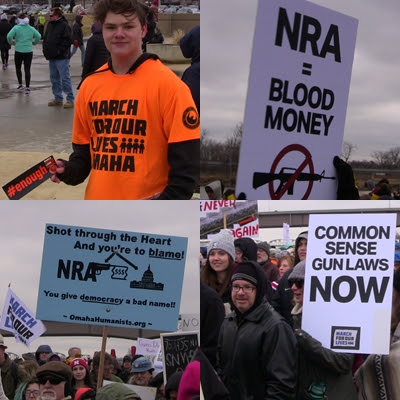 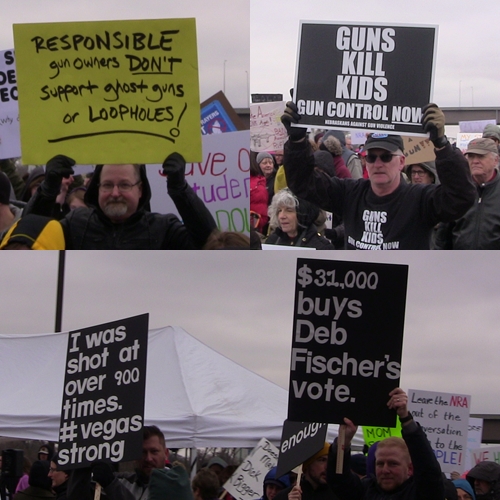 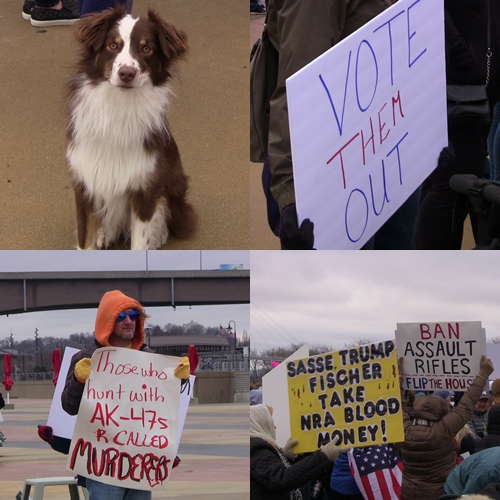 Here's Nebraska's senior senator on gun control. She's running for reelection. Are you registered to vote?