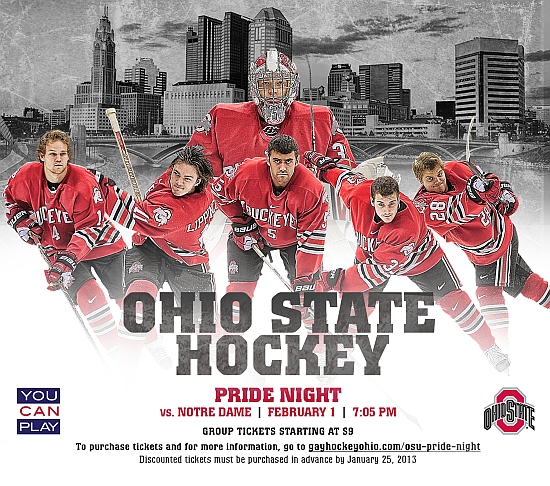 Zack Ford of ThinkProgress reports that the Ohio State University hockey team is hosting a first-ever Pride Night in conjunction with Gay Hockey Ohio and the Ohio Mayhem (the state’s only gay hockey team).


The NHL might still be in a lockout, but that doesn’t mean you have to miss out of some great hockey here in Columbus.  On February 1st, 2013, Gay Hockey Ohio will be hosting a Pride Night at the Schottenstein Center when the OSU Buckeyes takes on the Notre Dame Fighting Irish.  The puck drops at 7:05 PM.